With concerts finally returning to the stages of this world, the time has come for AMORPHIS and ELUVEITIE to team up for an extensive European Co-Headline Tour kicking off in November 2022.

For more than thirty years, Finnish dark metallers AMORPHIS have done their best to carve their very own niche in heartfelt yet aggressive, melancholic yet soothing tunes. On their latest studio release »Halo«, which once again hit the Finnish album charts on #1 and German charts on#3, the combo underline their trailblazing status as one of the most original, culturally relevant and rewarding acts ever to emerge from the land of the thousand lakes. With uncounted global tours under their belt and fourteen albums deep in their career, AMORPHIS still prove to be the musical fountain of youth, an extraordinary band constantly reinventing itself without abandoning its mystical roots.

ELUVEITIE are a phenomenon that has been flourishing across the world for 20 years. Starting out with their legendary debut album “Spirit” (2006) and the outstanding “Slania” (2008), up to their latest masterpiece “Ategnatos” (2019), the band has developed a ground-breaking recipe. As far removed as possible from clichés of drunkenness and silly stories about battles, they have developed a style that turns the best of Folk Metal and Melodic Death into a unique sum. Their great respect for history (which they live out sincerely), mixed with fantastic song writing, results in a sound that hardly anyone can deny the genius of.

“It hasn’t exactly become lighter in this world lately”, ELUVEITIE frontman Chrigel Glanzmann comments. “Nonetheless there are still pleasant and joyful news. We cannot wait to finally start touring again after more than two really weird years. It feels unreal almost! As if this isn’t enough we’re super stoked to announce the line-up of this tour – definitely one of the coolest tour line-up’s in our entire career. Being on the road together with dear friends and some of our personal all-time favorite bands – that’s really just more than I expected! We can’t wait to see you all again!”

AMORPHIS‘ guitarist Tomi Koivusaari adds: “Halo! We are thrilled to announce our co-headlining European tour with the mighty Eluveitie. We’ve just released our 14th album Halo and we can’t wait to play it and of course stuff from our whole career live for you. Don’t miss this, there also might be some more pleasant surprises to the line up later on… ” 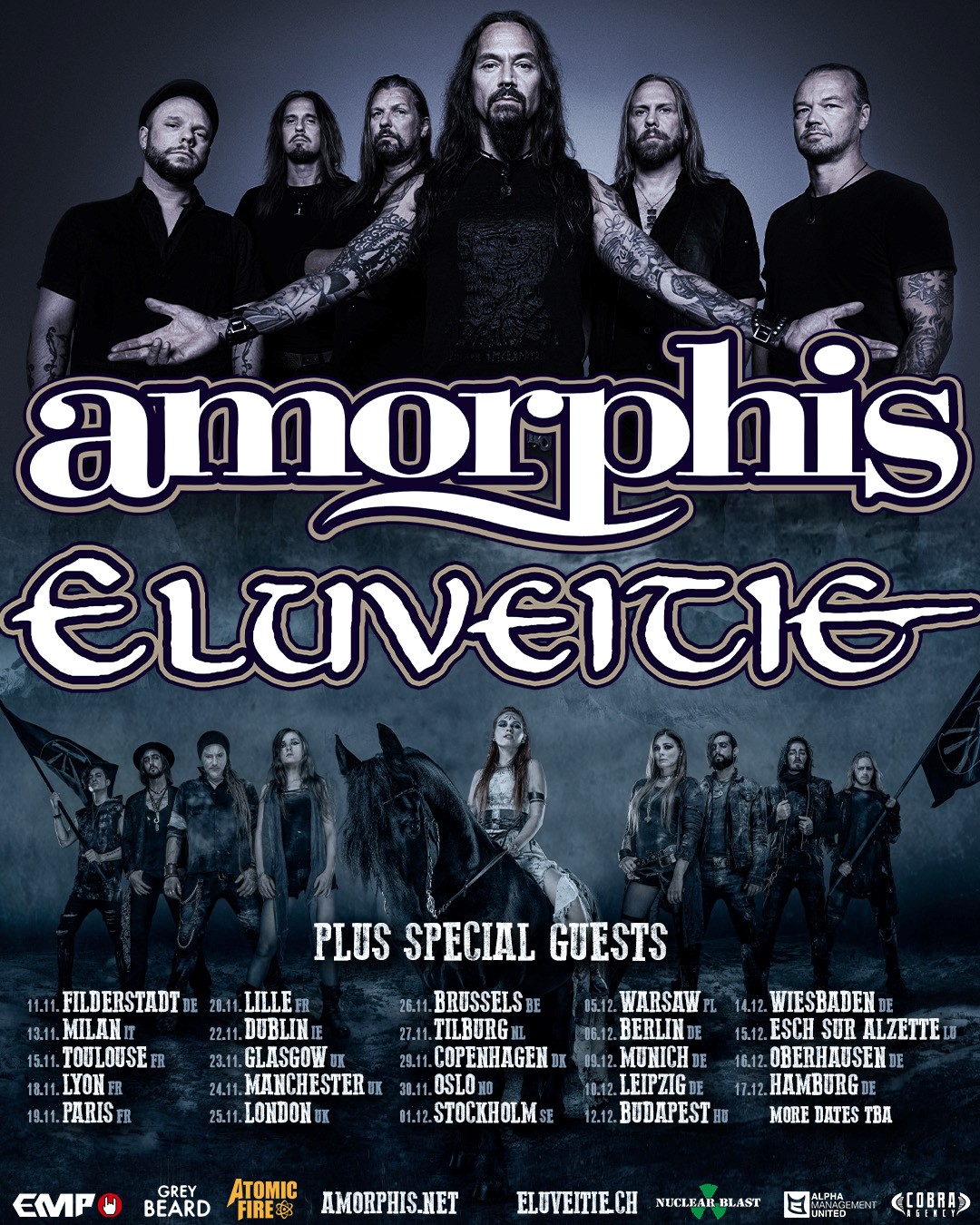