After recently closing their summer festival season at Indoor Summer in Hamburg, Germany, there’s less than two months left until international hard rock outfit CORELEONI‘s return to the stages in form of a 22-date headline run across Europe. The quintet will be focussing on hits from their chart-breaking studio album »III« (Swiss Hitparade: #2 / Official German Charts: #39; released on May 20th, 2022 via Atomic Fire Records) but also be performing other fan favorites on this run. Besides adding a stop in Agno (CH) on November 22nd, CORELEONI are pleased to announce that former BURNING WITCHES singer SERAINA TELLI will be opening those evenings today. You better secure your tickets now to not miss out on this energy-laden package! 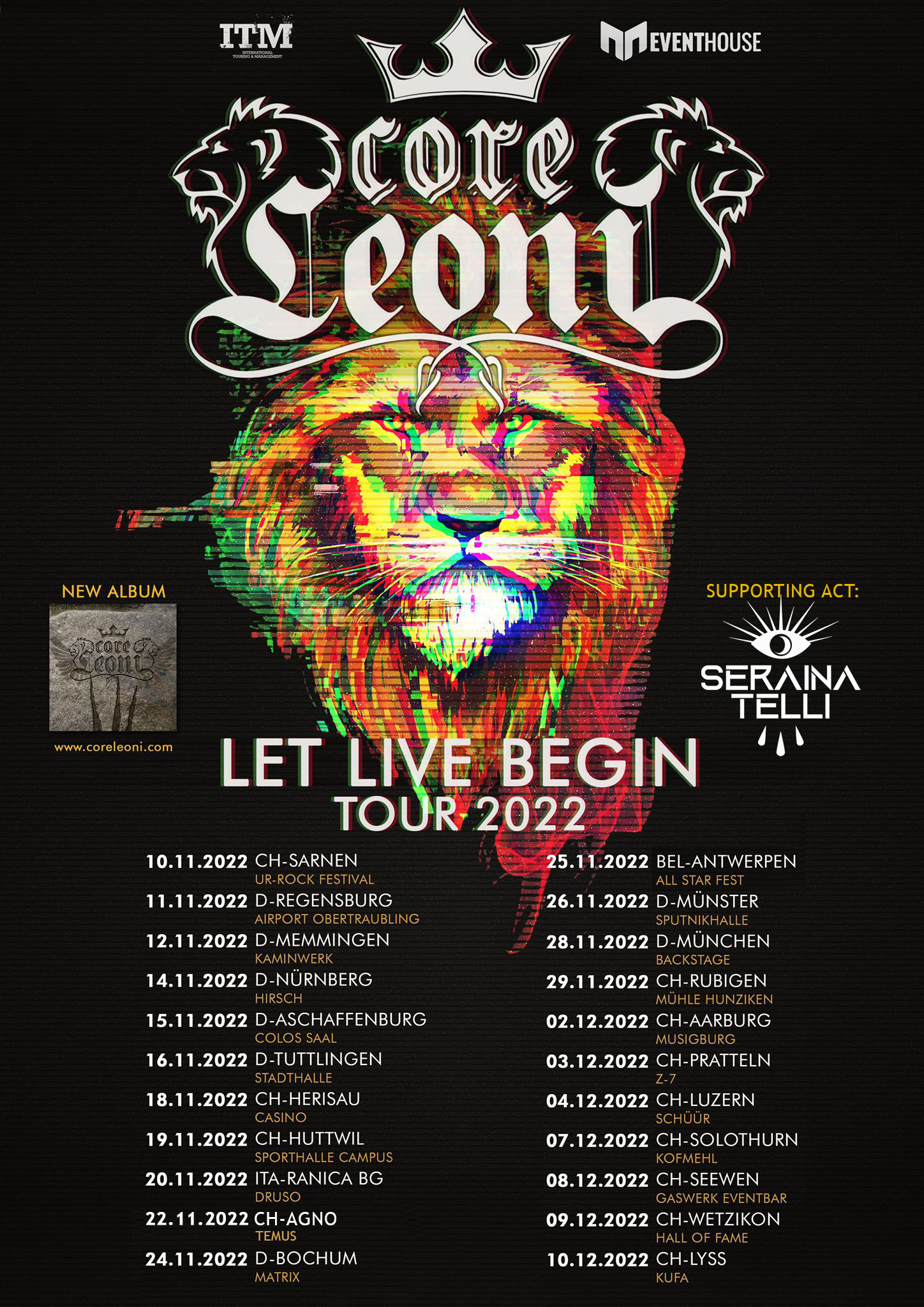 Subscribe to Atomic Fire Records on YouTube and listen to CORELEONI‘s latest material as well as other new tracks in the »AFR New Releases« playlist on Spotify: https://afr.link/SpotifyNewReleases