Adventurous, progressive, brutal, and tirelessly creative – Meshuggah’s position as the most inventive and creative metal band ever to do it remains undisputed. And 30 years into their illustrious career, the iconic Swedish band shows no signs of decay. 2022 brought the release of their ninth and most fearlessly imaginative studio album, “Immutable“ yet. Full of surprises and yet instantly recognizable as the work of metal’s most idiosyncratic force, “Immutable“ refines and redesigns the Meshuggah sound across more than an hour of the most stimulating and absorbing music the band have ever made. Once again, proving that it is possible to create music that is irresistible and intensely complex all at the same time.

On the heels of their celebrated new album “Immutable,“ Meshuggah are taking their revered live show to Sweden and Norway in 2023. And as anyone who has witnessed the Swedish juggernauts in concert can testify, it truly is a mind-expanding experience.

The death metal supergroup The Halo Effect will be direct support throughout the tour, while Sweden will also see prominent friends in Scar Symmetry and Orbit Culture as added support.

Tickets are now on sale at https://meshuggah.net 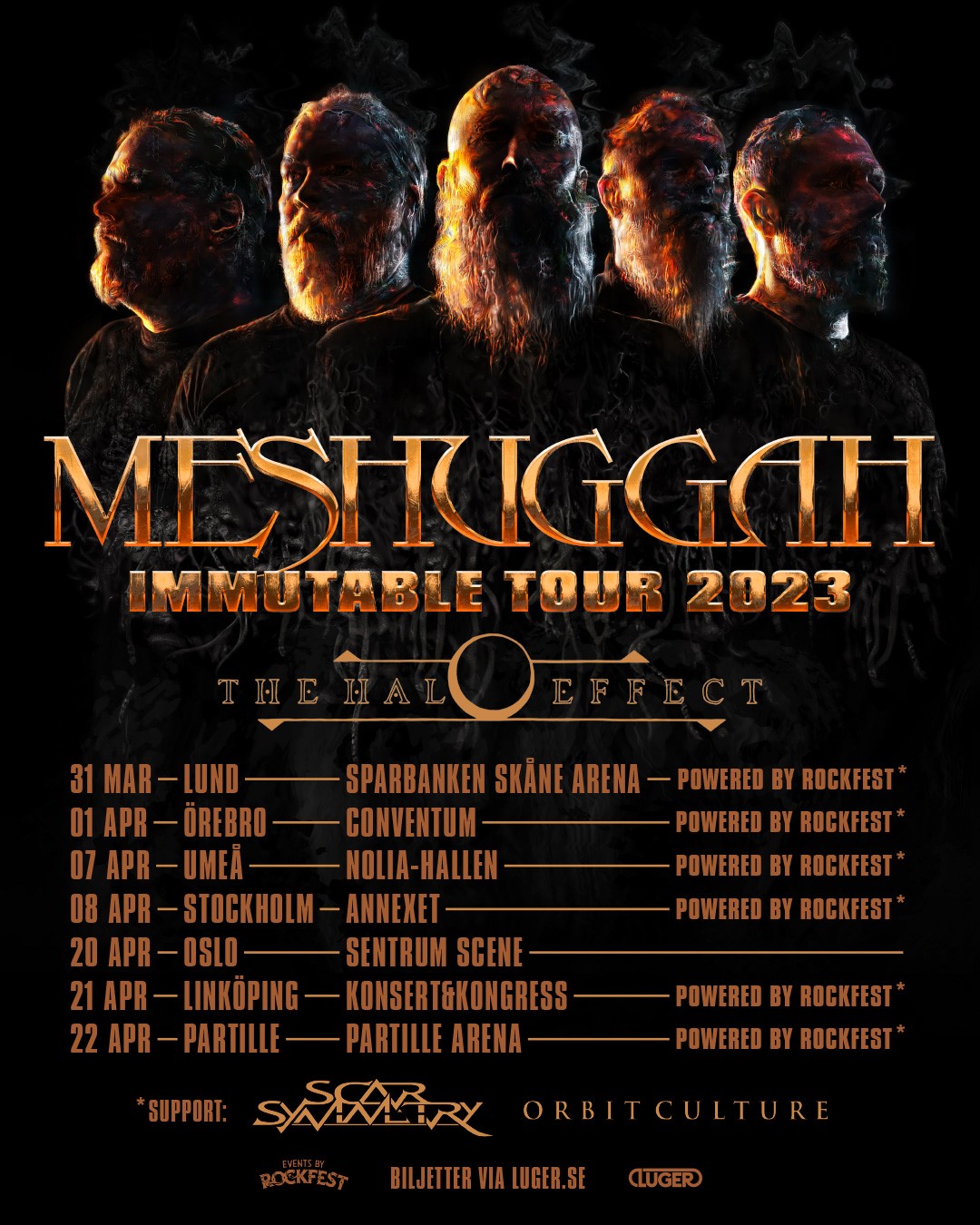