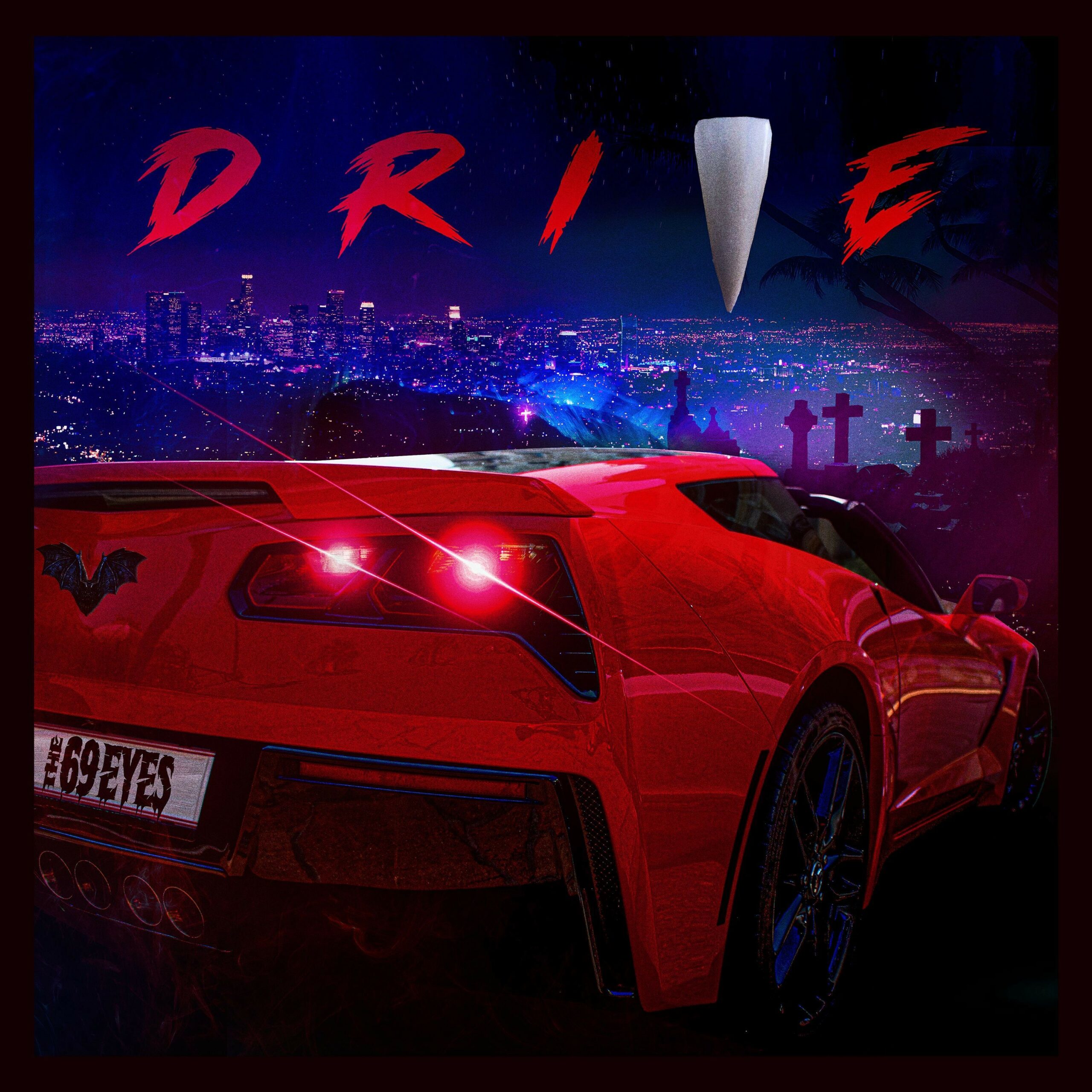 Hop into the co-driver’s seat and let Helsinki’s longest serving gothic rock vampires take you on a wild ride through a warm summer night in the city! With 12 albums under their belt and several #1 chart positions in Finland, THE 69 EYES return with this catchy new single as the first of several new tracks to be released in the next months. “Goth’n’roll will never die!” still being their motto, the band is currently in the studio recording their lucky 13th offering to be released in 2023. However, fans don’t have to wait any longer to finally hear new sounds from the crypt, and today, THE 69 EYES present their new single ‘Drive‘! “The inspiration came from the same pool of music I have always liked, mostly from the 80s. I never plan anything; just grab my guitar and see what comes up. We jammed a lot more as a band this time and came up with song ideas from all the guys. ‘Drive’ started from one little riff, which I had for a long time. It took a while, but it was worth it. It still sounds exiting and that was the goal”, guitarist Bazie comments, and singer Jyrki 69 adds: “Bazie delivered this music and I was blown away by how fresh it felt again. Sounded like some rock radio stuff! Our songs are on daily rotation on the rock channels here in Finland, but they are the ones that we did 15 years ago. So, I thought that we could have some fresh options now, let’s take the airwaves! ‘Drive’ is a traditional 69 Eyes sounding, fast rocker with a Sunset Strip slap on it!” The music video was directed by Vicente Cordero and you can watch it here: https://youtu.be/76ls-EtQSMM

In addition, the band just recently announced that they will hit the roads of Europe in November and December 2022, together with America’s industrial pioneers MINISTRY and horror rockers WEDNESDAY 13. Catch the band live at one of the following dates this year: