Today, 8 KALACAS, also known as the Godfathers of Skacore, share their second single and video, ‘Frontera’, and start preorders for their new album »Fronteras« set for release on March 25th, 2022!

Influenced by the Mariachi and Cumbia traditions of Mexico while also being true children of a globalized world, 8 KALACAS stand for a new era in rock and metal music. It’s not just white music anymore. It’s music for anyone who feels at home in these intoxicating tunes. Hence their band name, with “calaca” meaning skull in Spanish. “No matter who you are, the colour of your skin, the type of people you love, what god you believe in, the poverty, or the wealth: when you die, the only thing left is the fucking KALACA.” Word, brother: in death, at least we are united. Or, if we don’t want to wait that long, in this fiery phenomenon called 8 KALACAS.

You can pre-save the album here: https://music.atomicfire-records.com/fronteras

»Fronteras« will be available as a CD incl. Bonus DVD (with video clips, band documentary and a live acoustic session), on Vinyl (black and orange/black colored) and digital. 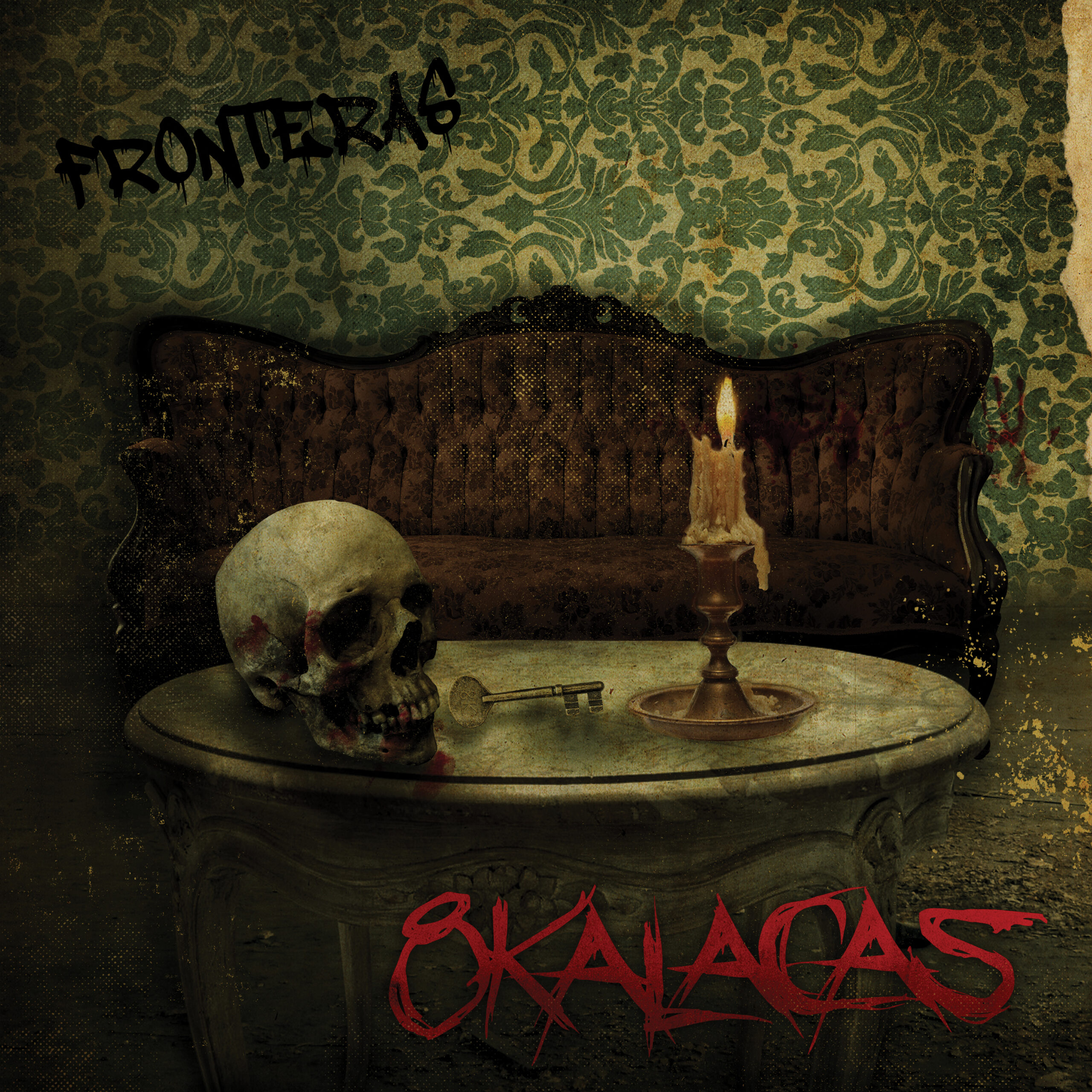 “‘Frontera’ is a survival saga and a mighty monument of personal freedom and self-determination,” states the ska-core familia about the new song. “This is what it’s like to be a Mexican who has to cross the border, try to survive the economic hardships in the US, and fight against the system that is working hard to hold you down. We dedicate this song to all of our brothers and sisters who leave everything behind to look for better lives for themselves and their families.” Hasta la victoria siempre!

More a family than a band, the 8 KALACAS tribe welcomes everyone into their ranks who shares their values and passion for music. “We love sharing that with anyone willing to be a part of our family, and we hope that family continues growing,” they say.

The energy level on »Fronteras« is so high it will turn any fan of extreme and extremely uplifting music into an ecstatically banging, moshing, jumping, or dancing dervish. “People see us and listen to us when they want to relieve their frustrations when they want to celebrate their happiness, or just to share a night or a feeling they have. They keep us moving forward, and we do not plan on letting them down.” Taking their Latin roots and their Californian upbringing and ingeniously warping the two into this behemoth of an album, 8 KALACAS genuinely bring something new and exciting to the table. “More than anything, it demonstrates to us that nothing is impossible,” the band says of their wild musical ride. “We started as a garage band, and now we’re living a dream that many people thought was impossible. We did that by blending together the sounds that influenced us throughout our lives and creating this world of Latin ska-core. It’s an honour to be able to represent our communities and have the opportunity to share those musical traditions to the world in our own way.”

On 8 KALACAS‘ »Fronteras« imagine a rabid blend between the very early frenzy of SYSTEM OF A DOWN, the heaviness of SLIPKNOT and the explosive energy of SOCIAL DISTORTION in a Mexican setting and multiply it with ten. You might come close to the insane intensity of 8 KALACAS (spoken: Ocho Kalacas). Not so much an ordinary band than it is a tidal wave of bristling energy, hard-hitting music and biting social commentary, the Californian Skacore familia is all set on conquering the world with their stupendous musical exorcism. 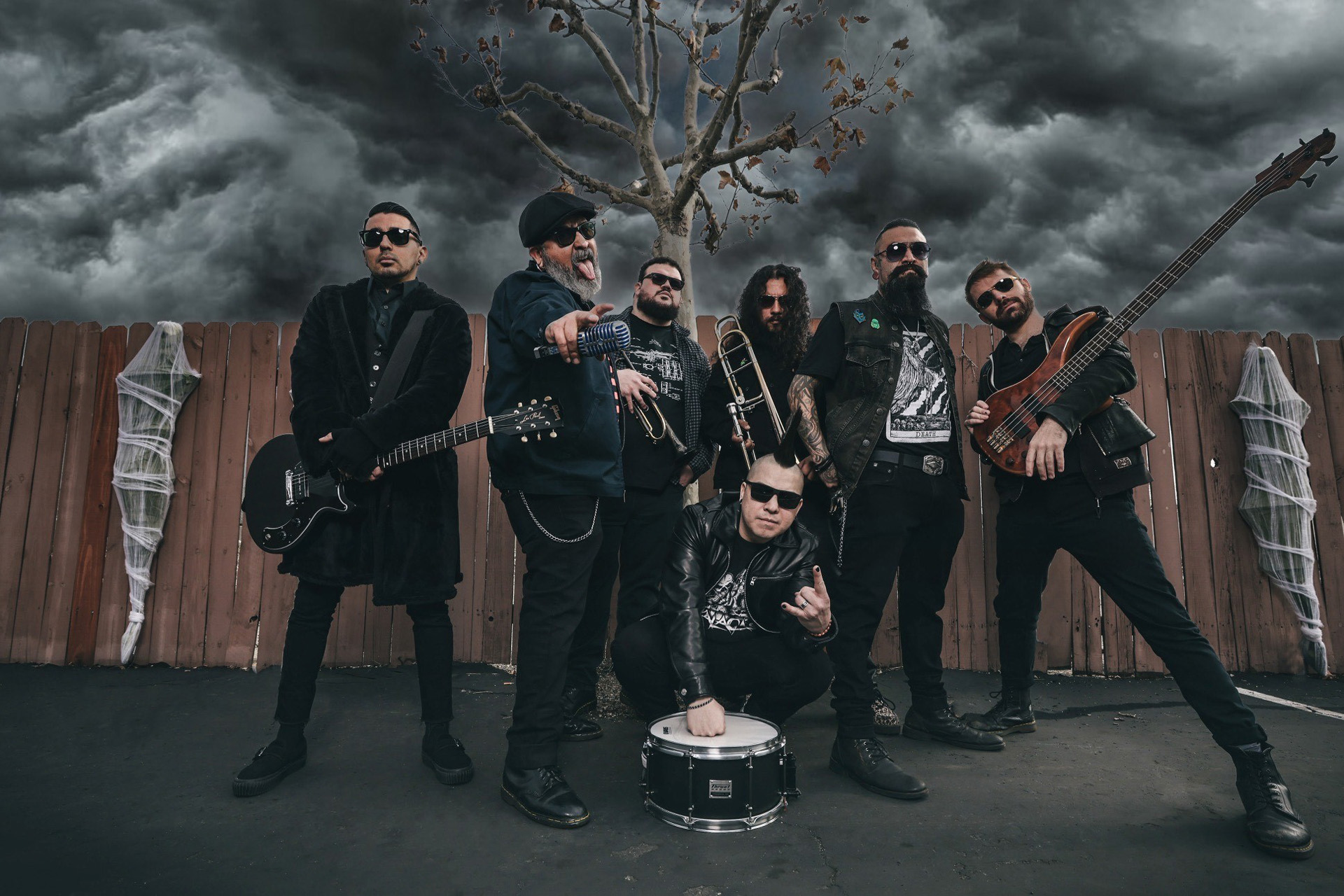