Let’s go to church: no, not only on Sunday but on this Friday! LESSMANN/VOSS — the duo featuring vocalists/multi-instrumentalists Claus Lessmann and Michael Voss (ex-CASANOVA, ex-MAD MAX; producer of acts such as Michael Schenker) — finally release their debut album, »Rock Is Our Religion« via Atomic Fire Records and take listeners on a journey into their very own temple of hand-crafted rock music. After presenting two tracks beforehand, the band have additionally launched a brand new visualizer video for their adaption of AMERICA‘s 1975 hit song ‘Sister Golden Hair’ (production: Gabriel Management; www.gabrielmanagement.eu) today to underline the enormous variety of the record. An album that ranges between mellow tracks such as second single, ‘Take My Heart And Run’ but also more driving tunes like its title track or lead single ‘Smoke Without A Fire’ to name a few. Check out ‘Sister Golden Hair’ over on YouTube now, here: https://youtu.be/W2fByfQxEr8

Lessmann comments, “During the writing and recording sessions with PHANTOM 5, we found out that we both share the same love for that AMERICA song, ‘Sister Golden Hair.’ It was one of my favourite songs in the ’70s…ages go! 🙂 So somehow it was obvious for us that one day we had to record this song in our own way and to release it…and here it is! Enjoy!”

Voss recalls, “I remember, one night — when Claus and I played an unplugged show at some Italian festival — we were sitting backstage, near a swimming pool outside, meeting a wonderful soul mate: it was Robbie LaBlanc jamming around and getting warmed up before his show. We talked and discussed about our all-time favourite songs – and suddenly he started to play AMERICA’s super hit. We were really overwhelmed by his solo performance and finally convinced to record this fine tune in our own way.”

Purchase »Rock Is Our Religion« in the physical format of your choice [CD-jewelcase, coloured vinyl; first edition incl. signed band photo card], stream it or order it digitally: https://lessmannvoss.afr.link/RockIsOurReligion

»Rock Is Our Religion« – Track Listing: 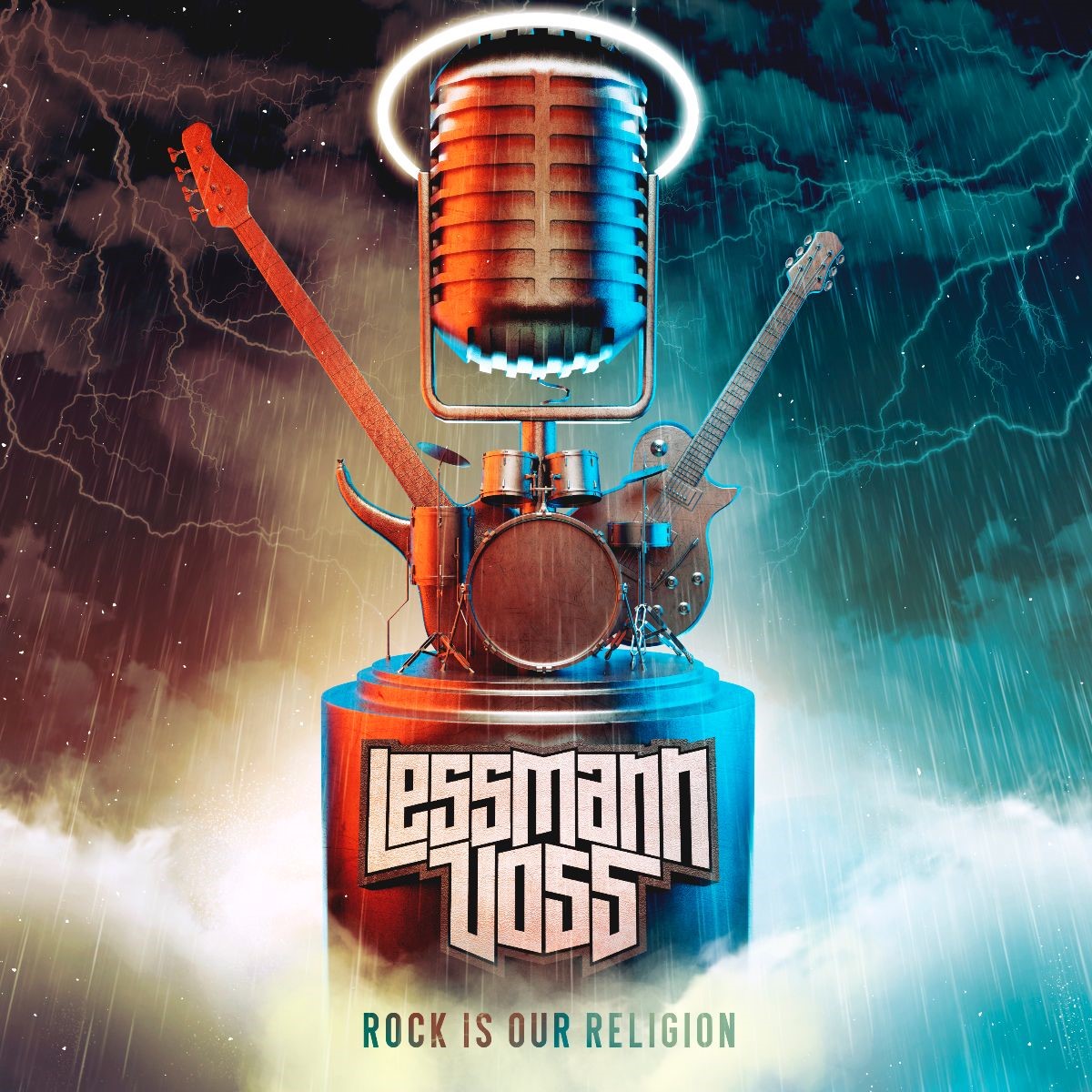