Imagine deserted volcanic wasteland, freezing winds and the all-embracing darkness of the longest winters on this planet: the obvious inspiration for rather vicious and somber tunes for lonely evening hours that the biggest part of Iceland’s heavy music scene is known for. Who would dare to think of tales about brave warriors and mystical creatures coming from such an island? Power metal seemed like a fairytale until 2017 when a Reykjavík-based sextet rose in quest of carrying out their uplifting tunes and finally proving everyone wrong. On an island known for its musical doom and gloom, they are the midnight sun.

After its recent launch, Atomic Fire Records is pleased to announce the signing of Icelandic power metal newcomers POWER PALADIN who are set to unleash their nine-track debut album »With The Magic Of Windfyre Steel« upon the world on January 7th, 2022. 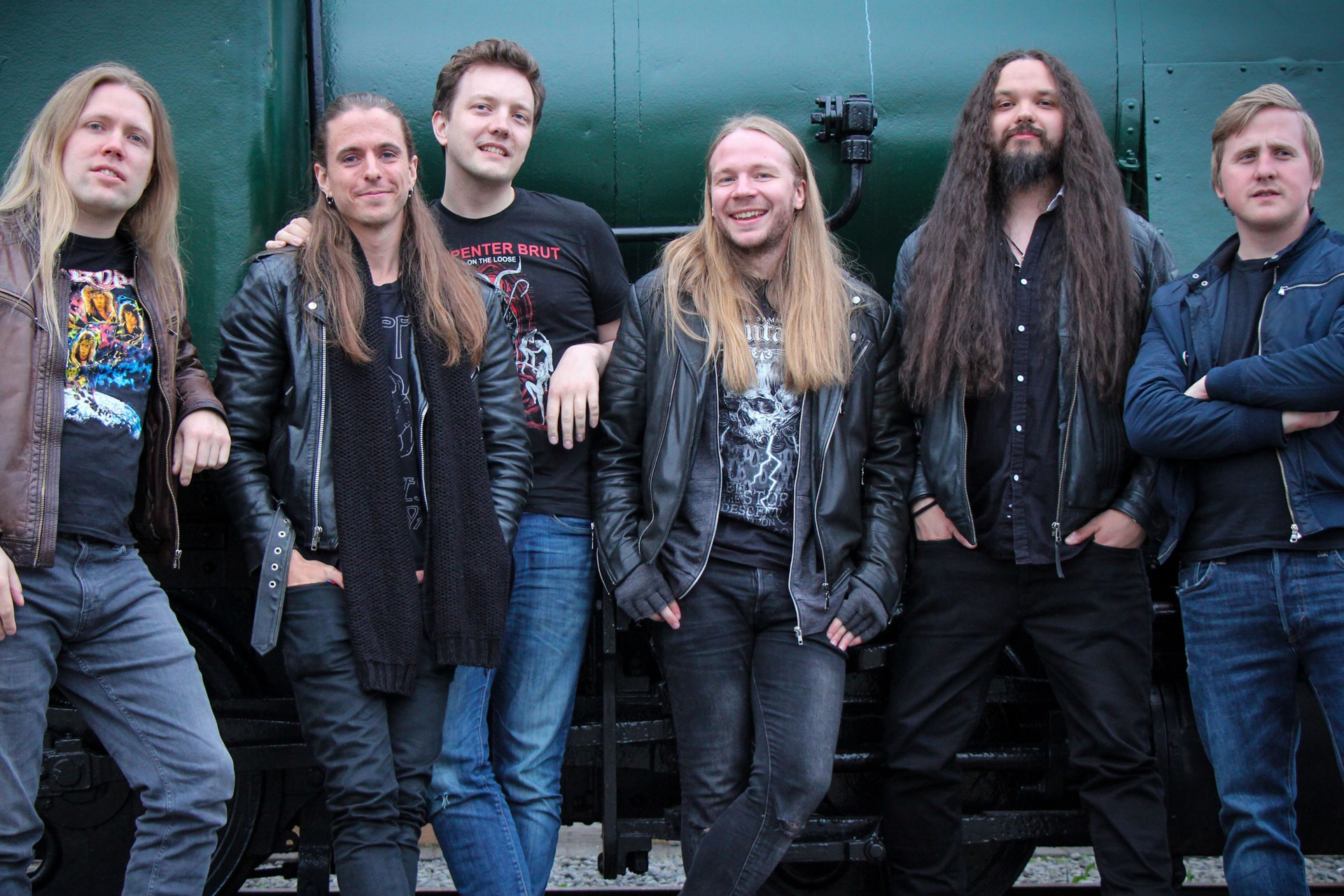 The band states, “Greetings travelers and adventure seekers! After a long journey searching for a home for our firstborn album, we have finally found our homestead. We’re so immensely happy to announce that we’ve just signed with Atomic Fire Records! Not only that, but they have even handed us a mystery box containing something very special; a magical disc including ‘Kraven The Hunter’ himself! Pre-order your own »Kraven« via the link below.”

Markus Wosgien, Atomic Fire Records CEO/label manager, adds: “Speedy guitars and thundering drums, high-pitched vocals and mystical storytelling: there’s simply nothing about this band power metal fans – that can also be found in our label’s ranks, of course – can’t go wrong with. That’s why we’re very happy to welcome POWER PALADIN as one of the very first additions to our varied roster. Let’s make this saga a glorious one!”

To give fans a first impression of what’s to come, the group has also released a band play-through video, which was created by Glen Mountford Media, for the first single, a relentlessly galloping tale titled ‘Righteous Fury’.

“It’s about an order of ancient and righteous Paladins who breaks their seclusion in order to drive a heinous evil from the realms. A fast and furious song that pays homage to speed metal classics, including a solo powered by the triforce itself,” POWER PALADIN comment.

»With The Magic Of Windfyre Steel« – Track Listing: 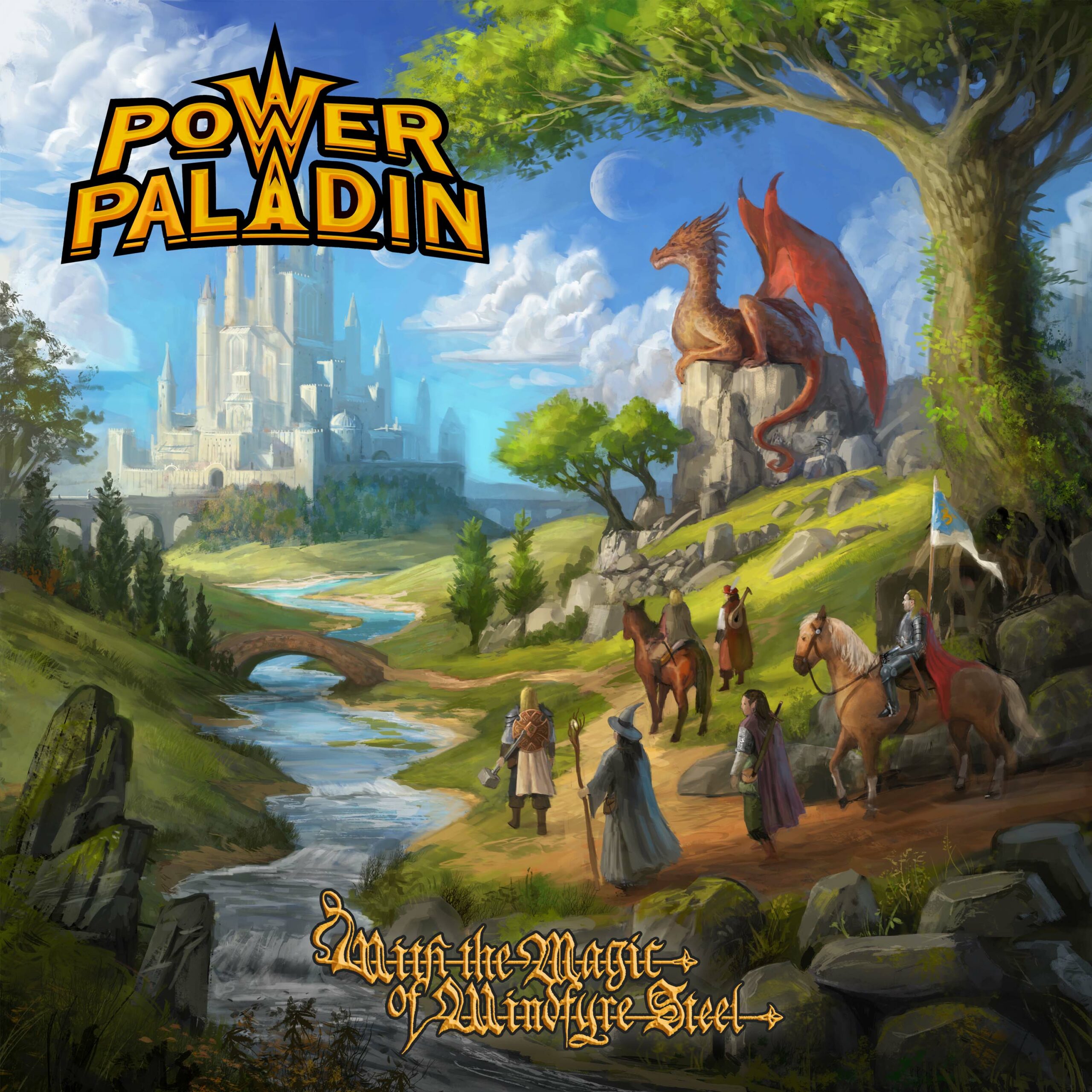 Pre-order the album in various formats (CD-digipak, black and colored vinyl) as well as the ‘Kraven The Hunter’ 7″ orange vinyl single (out December 10th, 2021), pre-save it or pre-order »With The Magic Of Windfyre Steel« digitally to receive ‘Righteous Fury’ instantly now, here: https://music.atomicfire-records.com/windfyre

Recorded and produced by POWER PALADIN themselves, mixed by Haukur Hannes at Mastertape Studios (AUÐN, DYNFARI etc.) and mastered by Frank de Jong at Hal5 Studio (BLEEDING GODS etc.), the album makes no secret of the band’s musical idols: “IRON MAIDEN, DIO, HELLOWEEN – the list of bands from the 80’s that influence us is a kind of obvious, but growing up we’ve actually listened way more to the second wave of power metal and acts such as EDGUY, RHAPSODY and HAMMERFALL,” they explain. The group’s love for fantasy games and books from authors such as Brandon Sanderson and Joe Abercrombie doesn’t remain unnoticed either: James Child (Astral Clock Tower Studios) translated that inspiration into the record’s adventurous artwork.