THE 69 EYES joins The Atomic Fire Records Roster + New Music On The Horizon! 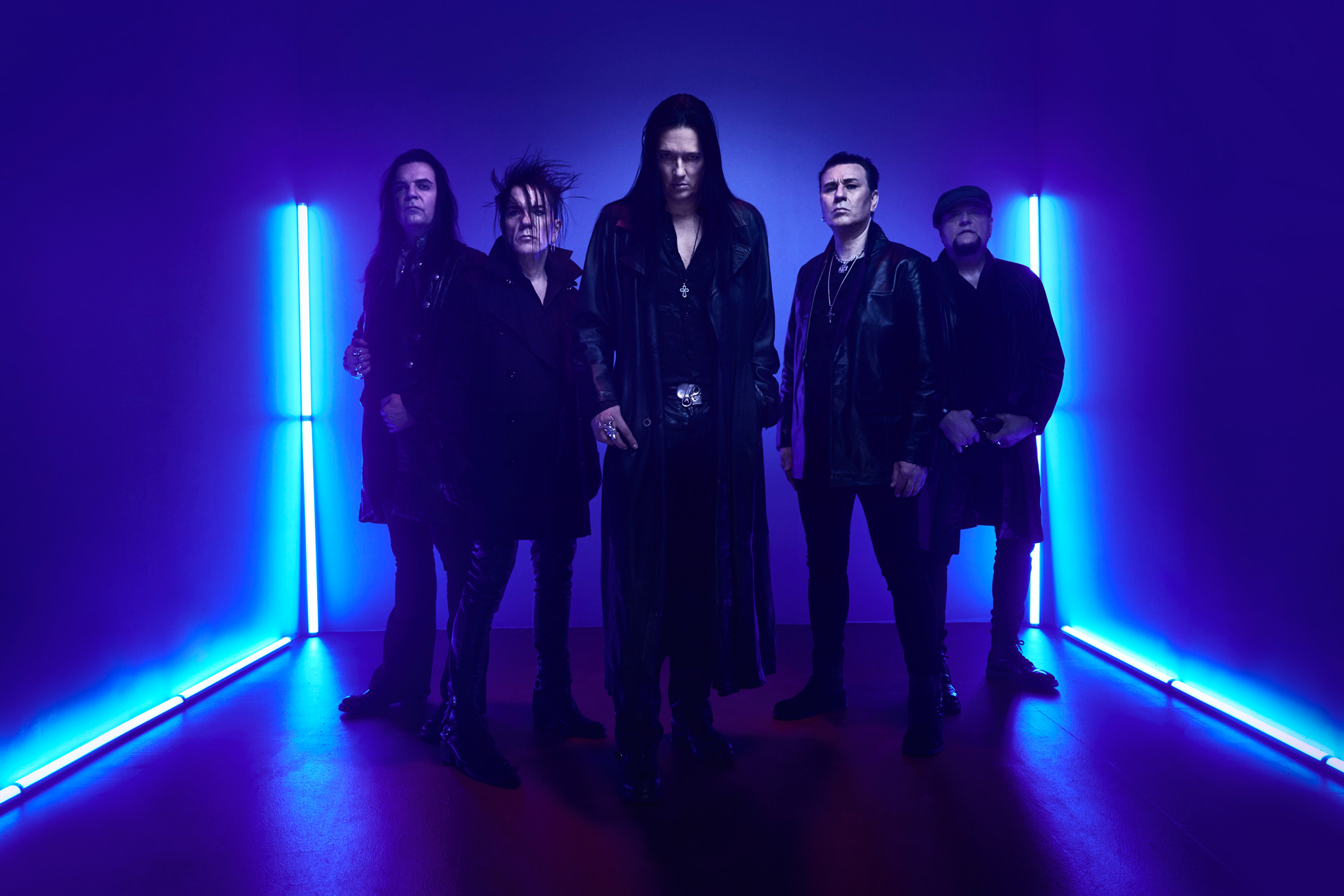 Goth ‘n’ Roll pioneers THE 69 EYES have been haunting stages all over the world for 33 years and seem to be a truly immortal part of the dark rock/metal scene. Widely known as the Helsinki Vampires, the quintet gained several platinum albums with “Blessed Be” and “Paris Kills” and not only reached #1 of the single and album charts in their home country of Finland, but also plunged the world into a sinful cosmos of love, death and melancholy, while outliving any other band emerging from the goth hype of the early 2000s.
By developing their sound further into sleaze rock on “Devils” (2004) and “Angels” (2007) and not shying away from pitch black Elvis allusions in singer Jyrki 69’s dark voice and unique onstage dance moves, the band has established a worldwide following. Over the course of over three decades, the band has toured relentlessly throughout Europe, America, Asia and Australia and released 12 full-length studio albums.

Today, THE 69 EYES announce their signing to Atomic Fire Records (worldwide excluding Finland). Get your vampire teeth sharpened as news songs and tours are in the horizon!

Singer Jyrki 69 comments this unholy new alliance:
”We are back in a full swing!! Our paths here in Helsinki crossed with our old A&R guy Gabi Hakanen who was with us when we released our highest selling albums “Devils” (2005) and “Angels” (2007), so as he heard our new demos, we sort of just continued like right after last time. So he got us on his label’s studio right away now at Vallila Music House (Hanoi Rocks’ Sami Yaffa, Ville Valo & The Agents etc). Simultaneously we also hooked up with the brand new Atomic Fire Records label which has our classic former Nuclear Blast dream team there, so this ”new” and fresh beginning for THE 69 EYES sounds like a dream, really! New big-time ROCKING music comes out very soon!”

CEO and A&R Markus Wosgien adds:
„We are more than happy to welcome our beloved Helsinki Vampires, the most unique and by far coolest Gothic band in hell and on earth. We worked together for more than ten years and their latest four studio albums, and will continue now, reunited under the Atomic Fire banner. This feels like coming home to all of us and we are honored to continue our long term relationship.“