Imagine a rabid blend between the very early frenzy of SYSTEM OF A DOWN, the heaviness of SLIPKNOT and the explosive energy of SOCIAL DISTORTION in a Mexican setting and multiply it with ten and you might come close to the insane intensity that is 8 KALACAS (spoken: Ocho Kalacas). Not so much an ordinary band than it is a tidal wave of bristling energy, hard-hitting music and biting social commentary, the Californian Skacore familia is all set on conquering the world with their stupendous musical exorcism.

Today, Atomic Fire Records is proud to announce the signing of 8 KALACAS – The Godfathers of Skacore.

To celebrate their union with the label, 8 KALACAS present their new song ‘R2rito’, the first single off their upcoming new album »Fronteras«, set for release on March 25th, 2022.

“This song is for all the people who are tired of the same routine day-in and day-out. We become robotic slaves to industry and the casualty of it all is our ambition. There will never be growth in a system designed for clockwork obedience,” comments Choriz, the man behind the trumpet.

Additionally, 8 KALACAS recently also signed a management deal with Dez Fafara (DEVILDRIVER, COAL CHAMBER), who is COO and founding partner of the Oracle Management (CRADLE OF FILTH, JINJER, THE 69 EYES a.m.) along with his wife and CEO Anahstasia Fafara. “When I was approached by 8 KALACAS to manage I was sent songs and immediately knew there was something special about this music,” says Dez Fafara and continues: “The combination of heavy metal, done in punk rock fashion with a ska twist and a horn section… you would have to be blind to not see the special combination of influences the band was mashing up! Then I caught them live and couldn’t believe how out of control the crowd was, how tight the band was, and how special this whole vibe surrounding them is. I was in!”

“This is the coolest and hottest shit out there,” says Atomic Fire Records CEO and founder Markus Wosgien. “The first thing that I heard and saw after Dez & Anahstasia introduced us to the band, was the video clip for ‘R2rito’, which completely blew me away. What an energy and what a damn unique mix! This had to be the first single and I want everyone out there to experience the same. Enjoy this aggressive chunk and prepare yourself for some more hits on the same level. This band is the future! Once you got into them, you will be addicted!” 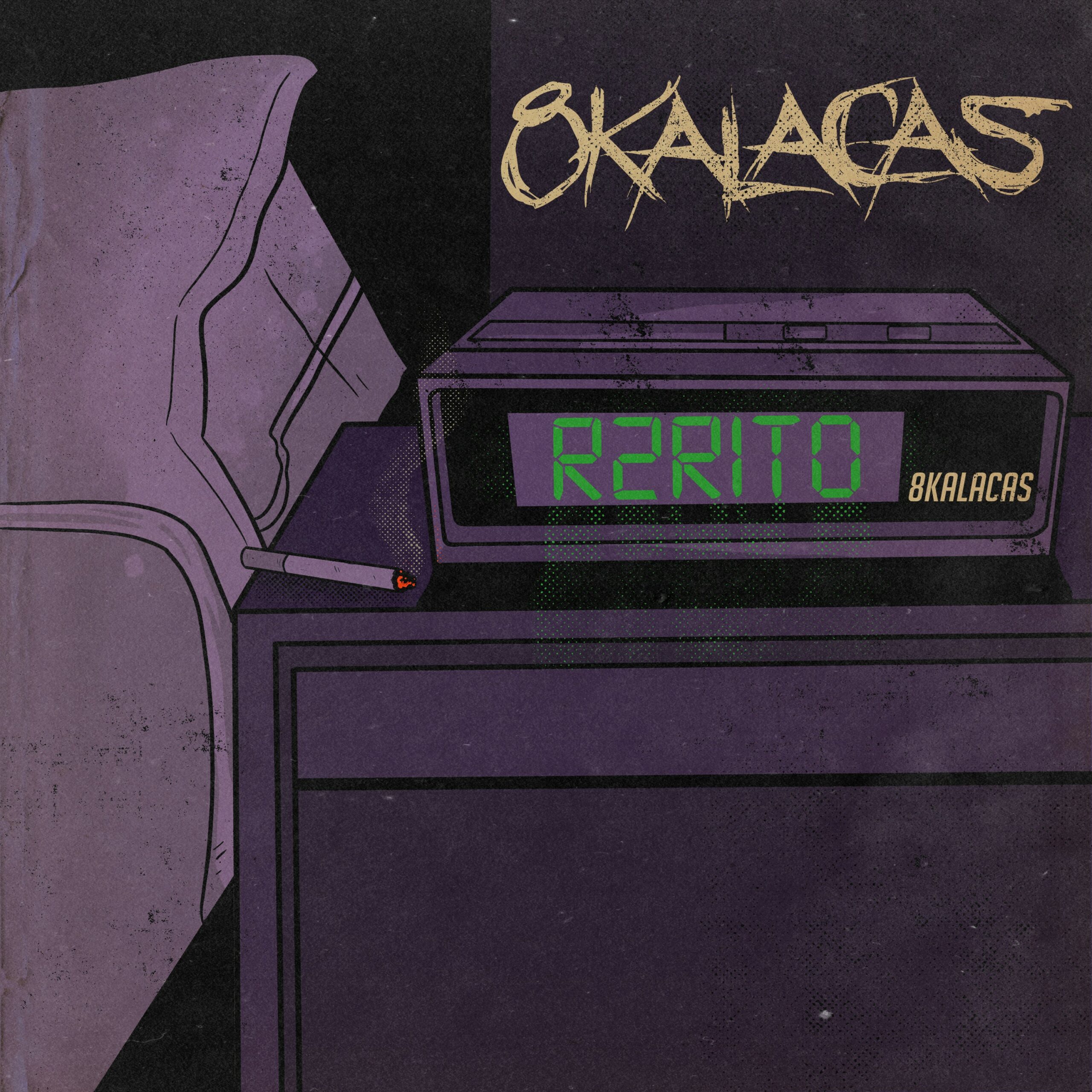 Formed in Orange County in 2003, the fertile soil of extremity that also brought us SOCIAL DISTORTION and AVENGED SEVENFOLD, 8 KALACAS are the harbingers of a new era. After establishing their unique brand of metallic hardcore, ska and traditional Mexican elements in California and the rest of the Divided States, the massive seven-piece brotherhood is ready to take on the rest of the world. »Fronteras«, their third full-length and first for brand-new label Atomic Fire Records, is like a curveball for the rest of the international metal/hardcore scene: an album so fierce and unique you simply can’t resist succumbing to the thundering grooves, malicious riffs and infectious trumpet/trombone madness those guys are vigorously unleashing like there’s no tomorrow.

And maybe there isn’t. Recorded in winter 2019 in Los Angeles, »Fronteras« is an album fit for times like these, a musical indictment of everything that goes wrong in this world. “This album is real life,” says the band. “It’s what’s happening now in our country and in many other countries. A lot of people leave behind their families, their loved ones, their security to come and try to make a new life just to discover that it was never that easy. Many people have lived and died for a dream they couldn’t achieve because they didn’t have the right documents or because they didn’t come from the right families and we feel that because it can happen to so many of our brothers and sisters on this planet for bullshit borders that are just imaginary lines dividing us.”

Coming from Orange Country, 8 KALACAS are well aware of California’s underbelly, the other side of beaches, sunshine and shady glamour. “We see it every day in the streets. There are homeless people living under bridges while hundreds of buildings remain empty throughout the city. We see businesses and politicians make decisions that affect millions of people while their jobs are safe and their security is stable. This country is filled with class division, racial division, sexist division and you don’t have to go far to see that reality.” This is why 8 KALACAS are taking up their instruments as their arms: to smash those borders and to remind us that there is more uniting that separating us. “We sing about the literal borders that so many countries enforce, that keep humans separated and discriminated against. But we also sing about the borders in our head that keep us from being happy or that keep us from believing that we are worthy people capable of doing more than what society tells us we can do.”

More a family than a band, the 8 KALACAS tribe is welcoming everyone into their ranks who shares their values and their passion for music. “We love sharing that with anyone who’s willing to be a part of our family and we hope that family continues growing,” they say. It will: the energy level on »Fronteras« is so high, it will turn any fan of extreme and extremely uplifting music into an ecstatically banging, moshing, jumping or dancing dervish. “People see us and listen to us when they want to relieve their frustrations, when they want to celebrate their happiness, or just to share a night or a feeling they have. They keep us moving forward and we do not plan on letting them down.”

Taking their Latin roots and their Californian upbringing and ingeniously warping the two into this behemoth of an album, 8 KALACAS truly bring something new and exciting to the table. “More than anything it demonstrates to us that nothing is impossible,” the band says of their wild musical ride. “We started as a garage band and now we’re living a dream that many people thought was impossible. We did that by blending together the sounds that influenced us throughout our lives and creating this world of Latin ska-core. It’s an honour to be able to represent our communities and have the opportunity to share those musical traditions to the world in our own way.”

Influenced by the Mariachi and Cumbia traditions of Mexico while also being true children of a globalized world, 8 KALACAS stand for a new era in rock and metal music. It’s not just white music anymore. It’s music for anyone who feels at home in these intoxicating tunes. Hence their bandname, with “calaca” meaning skull in Spanish. “No matter who you are, the colour of your skin, the type of people you love, what god you believe in, the poverty, or the wealth: when you die the only thing left is the fucking KALACA.” Word, brother: in death at least we are united. Or, if we don’t wanna wait that long, in this fiery phenomenon called 8 KALACAS.