June 2021 saw the release of their sensational new studio album »Helloween« and it was THE metal news of the year! Media and critics were cheering almost breathlessly: “sleight of hand,” “healing” and “a 65-minute celebration.” Finally, the fans were the ones who catapulted the album straight to No. 1 in Germany and Spain, into the top 5 of seven countries and worldwide 15 times into the best 15 of the album charts. Everybody was united in their opinion: these 12 tracks generated their own genre universe and leave all competitors behind, even after 35 years of band history.

Because this success is not being a given in these times, HELLOWEEN would like to celebrate again with their fans: with ‘Best Time,’ THE party song of the album – streamed via Spotify more than 4 million times – the song propagates a lot of hope and optimism.

“Yesterday is history, tomorrow is a mystery
I will have the best time of my life
Yes, I know I’m gonna be alright
I’m feeling better in the neon light”

The sunny and straight hymn by Sascha Gerstner and Andi Deris revives the good times and shows with their drifty guitars and top form front men a song full of the joys. About the songwriting of ‘Best Time,’ Sascha Gerstner states: “I had an ’80’s neo noir vibe’ in my head. The riff originally was a synth riff, which we arranged for guitars later. The wording ‘I will have the best time of my life’ was pretty spontaneous because I had this strong feeling to leave the past behind and to seize the day! Andi instantly loved the idea as well as the refrain and together we created the track as it is now!”

Visually, the new single is a real goodie as well: under the administration of Martin Häusler (‘Skyfall’), an extremely cool 3D road movie developed and one lost sight of the difficult conditions. The band  was added via live material and Canadian ARCH ENEMY front-woman ALISSA WHITE–GLUZ complimented the video with her appearance and stated: “After playing  multiple festivals and touring extensively in South America together a few years back, HELLOWEEN and I decided to make a fun video to reminisce about the good times while simultaneously planning for many more!”

And yes, the band will finally be on the road again! After this long dry spell, you can’t even talk about feeling like champing at the bit, it is more like an immense roaring of a ravenous pride of lions – that is how much everyone is in anticipation of the upcoming live dates. Since the »United Forces« world tour 2022/23 kicked-off the overdue tour on 4th of May in Manchester, all metal heads get their rightly double dose: the ultimate HELLOWEEN line-up together with finest  Swedish steel as in HAMMERFALL – a massive mega package which is totally adequate after two years of total live vacuum.

The newest release is just perfect as a warm-up because each and everyone deserves better times: »Best Time« is out since May 20th with a terrific 80’s retro artwork by cartoonist and HELLOWEEN fan Marcos Moura with a 2,000-piece limited edition of a 12-inch vinyl, available in three colours. Besides the title track ‘Best Time,’ one gets an alternative, exclusive vocal mix directly from the desk of HELLOWEEN‘s longtime producer Charlie Bauerfeind.

Subscribe to Atomic Fire Records on YouTube and listen to ‘Best Time’ in the »AFR New Releases« playlist on Spotify: https://afr.link/SpotifyNewReleases 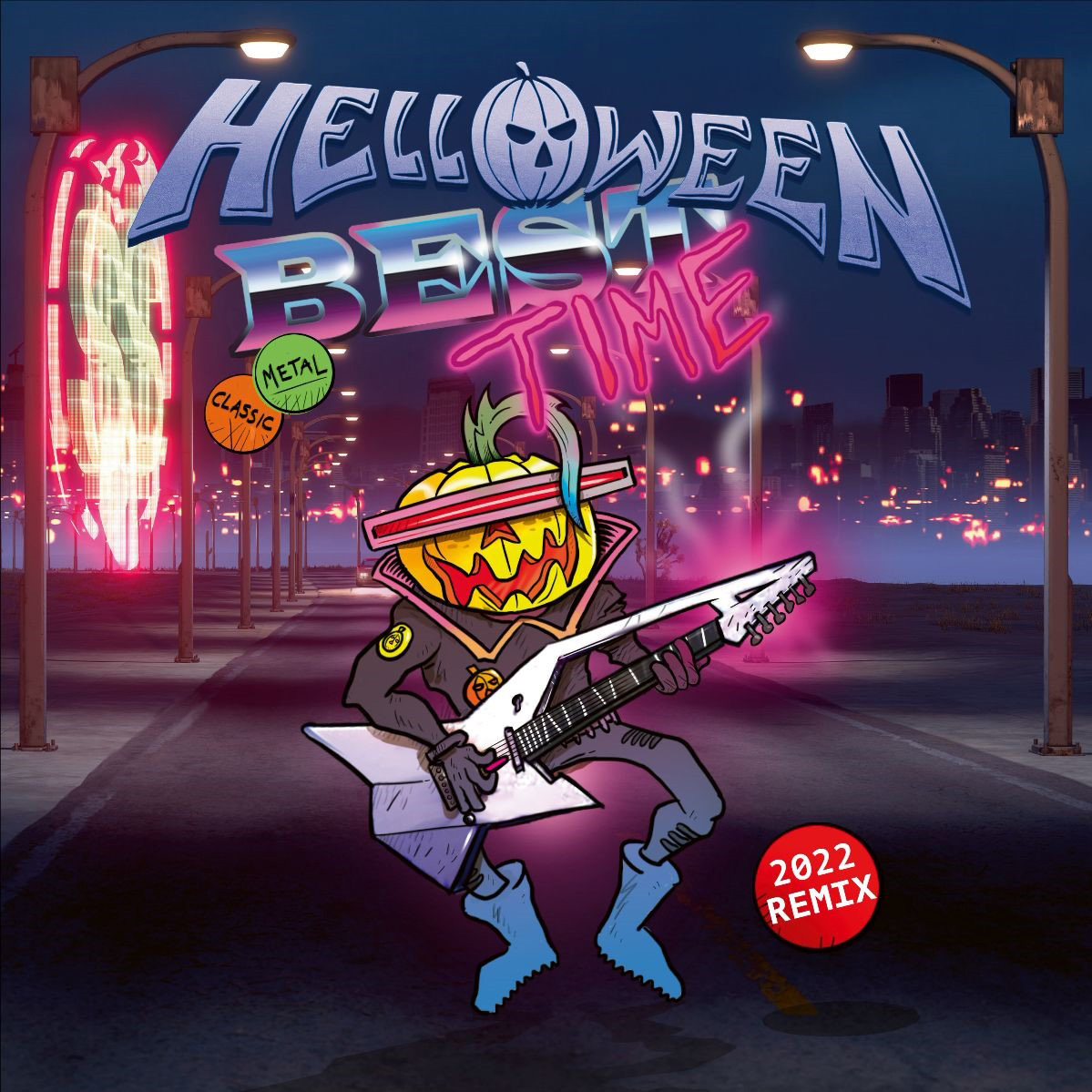 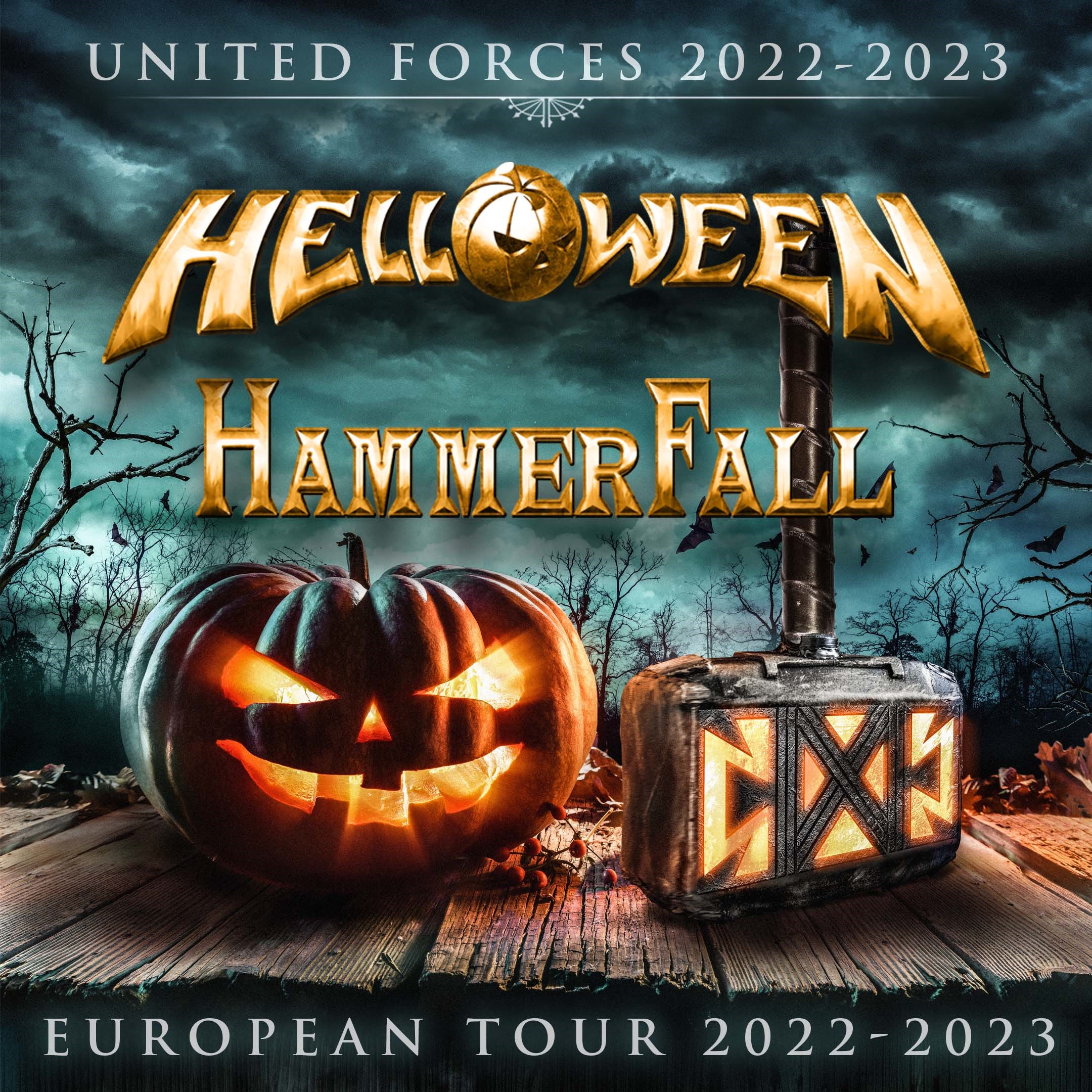