Arizona thrash metal outfit INCITE will return to the road this August on a two-week US tour supporting Jungle Rot. The tour begins on August 5th in Des Moines, Iowa and runs through August 20th in Joliet, Illinois.

Comments singer Richie Cavalera, “After nearly two-and-a-half years, we are finally embarking on a full US tour with our kick ass, metalhead brothers in Jungle Rot. These are shows you do not want to miss. Come rage and celebrate with us; it’s time to burn and shred!” 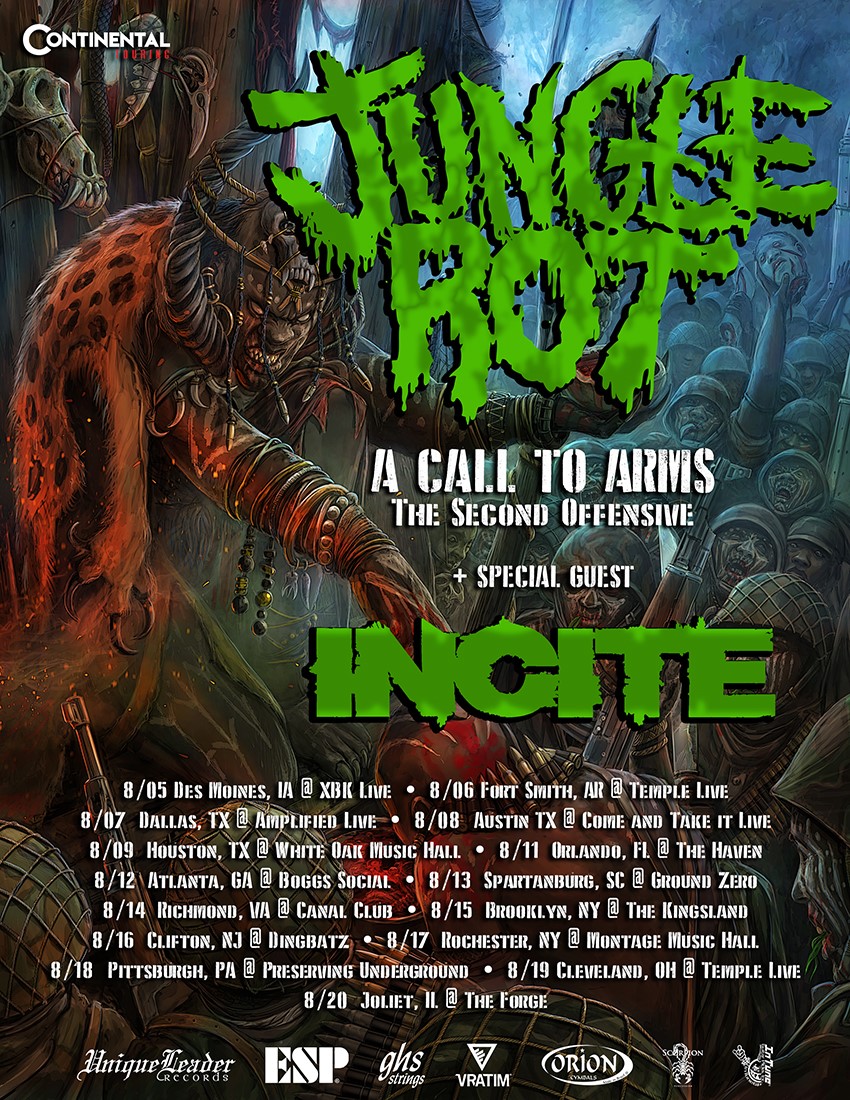 INCITE will be touring in support of their Wake Up Dead full-length, released in April via Atomic Fire Records. With Wake Up Dead, INCITE jettisons the extraneous bloat of slicker bands in favor of authentic grit and determination, consistently churning out “headbanging riffs with concussive force (Kerrang).” Ghost Cult lauds, “a massively enjoyable collection of aggression from a band led by someone who has literally lived and breathed metal since the day he was born,” while Dead Rhetoric observes, “Consistent road warriors that they are, INCITE brings another platter to the table that should have no trouble adding more staples to the setlist – ensuring sweat infested hordes a glorious time.”

The very spirit and attitude of heavy music culture courses through the veins of singer Richie Cavalera, bassist Christopher “EL” Elsten, drummer Lennon Lopez, and new guitarist Mike Deleon (Philip H. Anselmo & The Illegals, Flesh Hoarder). Over the course of five albums — The Slaughter (2009), All Out War (2012), Up In Hell (2014), Oppression (2016), and Built To Destroy (2019) — INCITE has cemented their reputation as one of America’s leading groove armadas, heavily hitting home with their blend of old-school thrash majesty, frantic aggression, melody, and skill. Written over the course of several bouts of feverish inspiration throughout the pandemic, with recording duties again handled by legendary producer (Steve Evetts The Dillinger Escape Plan, Suicide Silence, Everytime I Die etc.), Wake Up Dead delivers in the most relentless way possible.