A few more champagne bottles than usual might be popping on the Côte d’Azur right now, because today, the riffing powerhouse of the French Riviera, HEART ATTACK, celebrates the release of their third long player “Negative Sun”!

In addition the four-piece also releases a video for the song, „Twisted Sacrifice“, taken off „Negative Sun“, for which HEART ATTACK built forces with Rasta (Decapitated).

HEART ATTACK about the single: “’Twisted Sacrifice’ is a tribute to the savagery of the band Slayer and it became the most violent and aggressive Heart Attack song we ever wrote! We toured with Decapitated in 2019 and became friends, being all Slayer fans it made sense to invite Rasta to sing! When we first listened to his vocal lines we were blown away, we felt like we were hearing a dinosaur! This song is about the red line that we cross to sink into violence, when we are confronted with someone who wants to hurt our family. When you cross this red line, you lose control. A very primitive feeling.”

„Negative Sun“ is the perfect amalgamation of roaring thrash metal and epic melodies, an album like the lovechild of Gojira, Machine Head and early Metallica.

“Negative Sun” will be released as 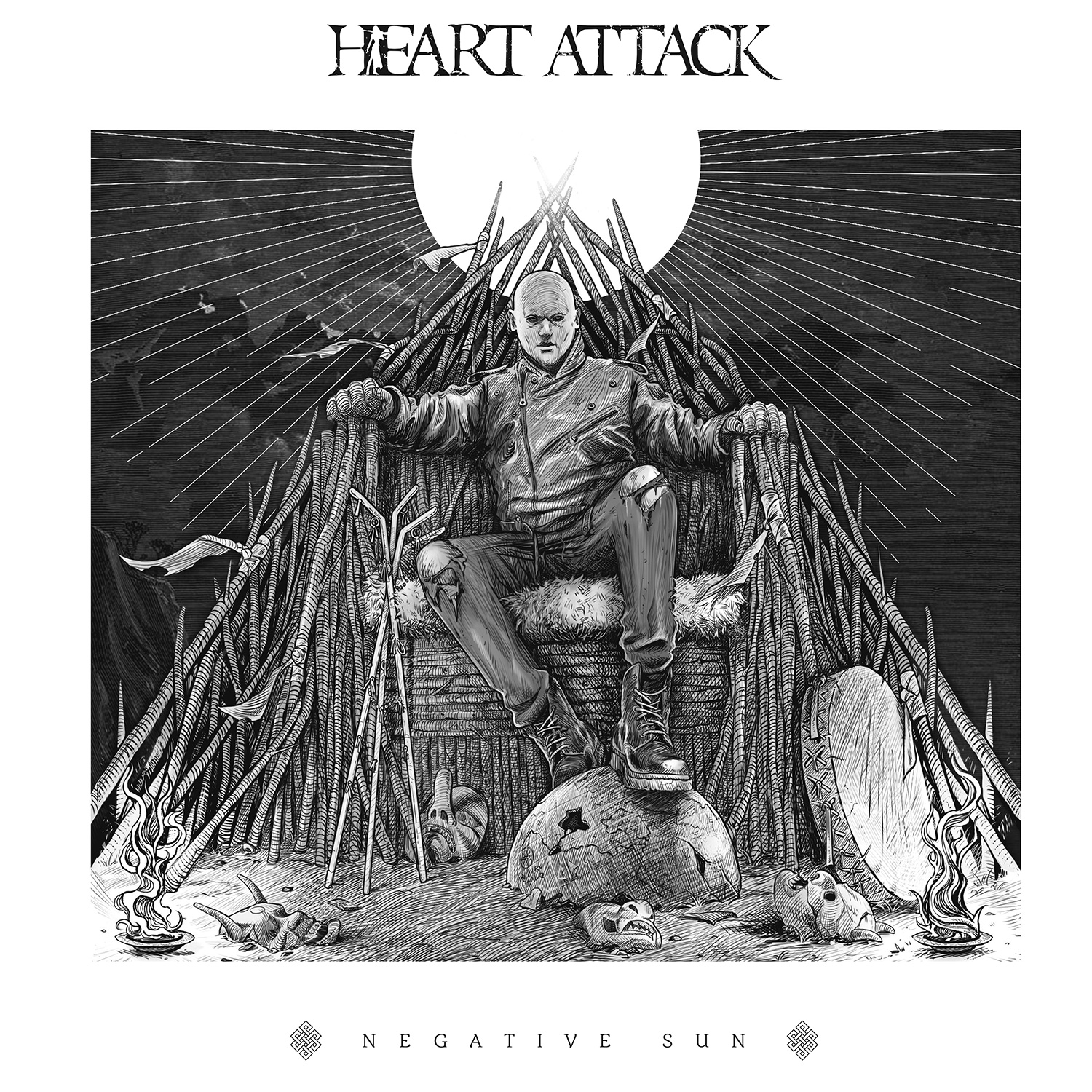 In addition, HEART ATTACK will be re-releasing their first two albums “Stop Pretending” (2013) as CD Jewelcase and “The Resilience” (2017) as ltd. CD Digipack again and for the first time worldwide. You’ll find it on https://www.atomicfire-records.com/brand/2416

If you’re on the road, check out HEART ATTACK at part one of this year’s Hellfest next week (Friday, June 17th), but also at their album release show at Nice, France’s “Metal At The Opera Festival” (Opéra Nice Côte d’Azur) alongside Tambours Du Bronx and Unchained on Saturday, September 3rd, 2022 (more details: https://www.facebook.com/events/1120893571821926).