“On this record, Hansen and his colleagues show their
unbeatable strength in songwriting that leaves one open-mouthed!”
SOUNDMAGNET.EU (DE), Jannik – 10/10 Points

“The future belongs to INDUCTION!”
STORMBRINGER.AT (AT), Sonata – 4,5/5 Points

“»Born From Fire« wins the listener completely and is nothing but a 2022 genre highlight.”
METAL1.INFO (DE), Stefan Popp – 9/10 Points

Today, the new era of progressive power metal highflyers INDUCTION officially begins! The band’s sophomore full-length album, »Born From Fire« is out now via Atomic Fire Records and is filled with 12 progressive symphonic metal anthems and catchy earworms, mixed and mastered by none less than Jacob Hansen.

“Louder, bigger, better, faster, stronger. Let me welcome you to the new album of INDUCTION. »Born From Fire« is out now and will take you on a journey through its universe. It’s a statement to the power metal scene that it’s time to wake up from the slumber and to get some fresh air. »Born From Fire«’s epos will draw you in with heartfelt stories, lust for live, catchy melodies and mind-bending arrangements. While not being a concept album, we still have a very specific message to convey, which – bluntly put – is: WE ARE BACK! And stronger than ever. Not only INDUCTION, but the world of music, in general, after the pandemic’s fatal reign,” states INDUCTION‘s very own Tim Kanoa Hansen.

To celebrate the release of »Born From Fire,« INDUCTION have unveiled the official video for their new song ‘Embers,’ an energetic progressive power metal track dedicated to CHILDREN OF BODOM‘s late front-man Alexi Laiho.

“‘Embers’ is the reflection of his influence on both my songwriting and guitar playing. This is my way of paying tribute to one of my heroes. ‘Embers’ doesn’t only reflect Alexi’s writing style, put into INDUCTION’s context, but also lyrically is about the passing of great people and heroes and letting them live on in our memories. ‘Embers’ is also presented together with a music video, which represents the lyrical topic of evanescence and postmortem,” adds Tim.

The album, with a generous running length of 58 minutes, is available as digipak, 2LP vinyl as well as digitally. Order or stream the album and get different »Born From Fire« themed articles, such as shirts, flags, and patches, now, here: https://Induction.afr.link/bornfromfire

The full tracklist reads as follows: 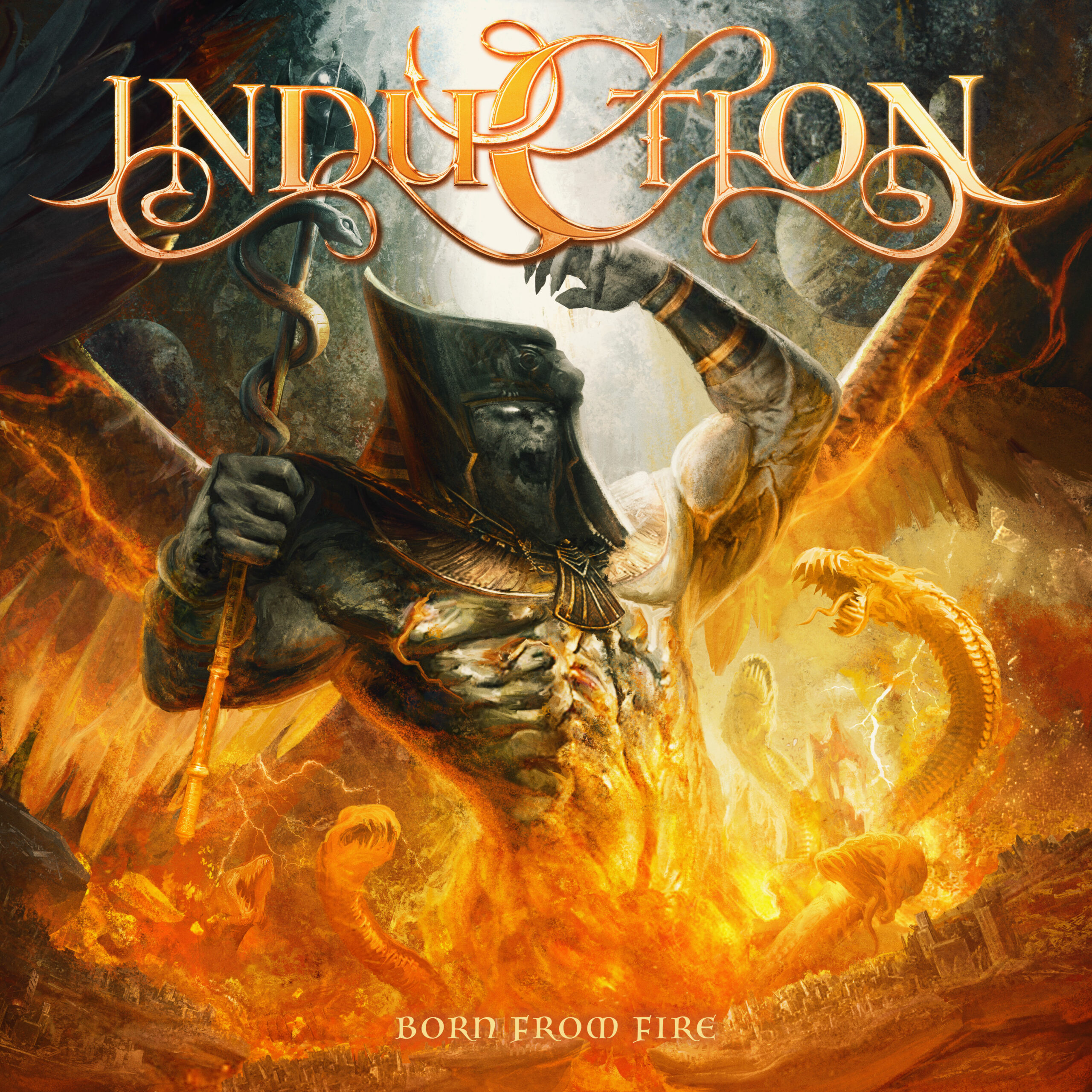 Graced by a cover artwork from Peter Sallai (SABATON, JINJER, POWERWOLF), »Born From Fire« displays a band with a strong new line-up and ready to finally take their hymns to the stage again. Since yesterday, INDUCTION are joining SERIOUS BLACK on an 8 dates strong tour throughout Europe to present their new tracks live for the very first time.

Don’t forget to subscribe Atomic Fire Records on YouTube to stay updated & to listen to ‘Embers’ as well as other new tracks in the »AFR New Releases« playlist on Spotify: https://afr.link/SpotifyNewReleases