The cinematic electronic metalcore architects Suasion have also announced that they are almost finished in the studio of their forthcoming studio album and the newest single is taken from the album that will be released via Atomic Fire Records. “Transformation” is the third episode of the band’s album movie concept and the lyrical messages are matched by the music and by the band’s visuals. The video illustrates their further discoveries on their mission into outer space that will be revealed within the following music videos within the entire album sequence.

Vocalist Steven states about the new song: “Beyond telling the next chapter of our story, the lyrics are about the fear of change. As in the music video, we are sometimes faced with difficult choices in our lives, choices that can change everything and break our balance, our comfort. However, sometimes, accepting the change can be beneficial and henceforth make us a better or a more adventurous person. Transformation or degradation? Will I transform into something that will help me reach my goals or will I degrade and fail? To answer those questions in our story, we decided to try and accept the change.”

Julien, the bassist, adds: “The hard task of the music video was to find the good location. A cave that doesn’t look like dark grey rocks. We wanted something with textures like sand and it was hard to find in Belgium, especially in February because most of the caves were forbidden to the public due to the hibernation of the bats as these are protected species.”

All music videos by Suasion are created together with Pavel Trebukhin from TRE FILM as director and Julien Dejasse (bass) from JD Production as a video producer, while Nicolas Pirlet (guitar) is recording, producing, and mixing all the Suasion songs. Suasion already made an impact in the European scene with their previous releases and aesthetic music videos, which opened the doors to famed international festivals such as Euroblast Festival, UK Tech-Fest, Jera On Air, Miner Fest Kastival, and many more. 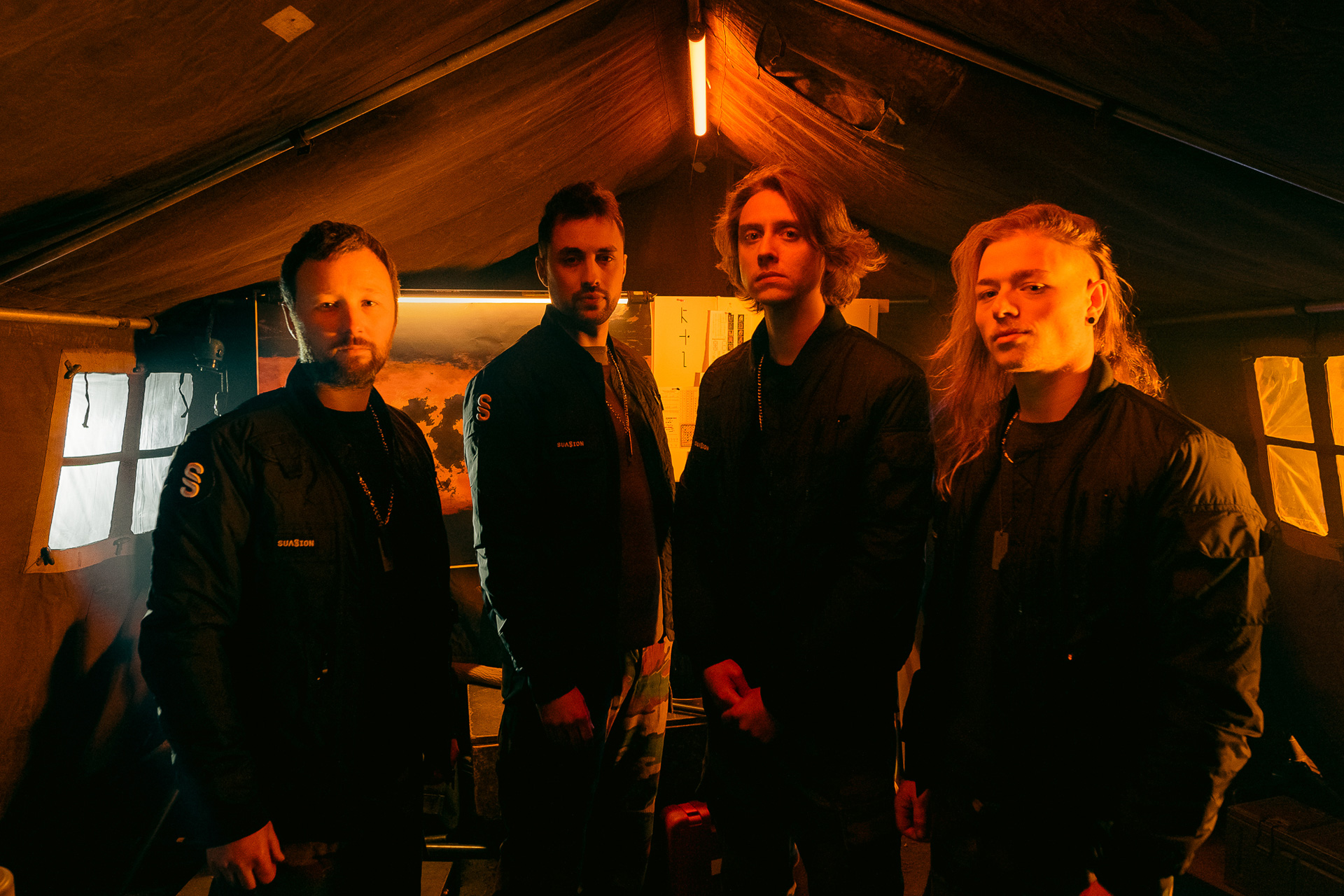