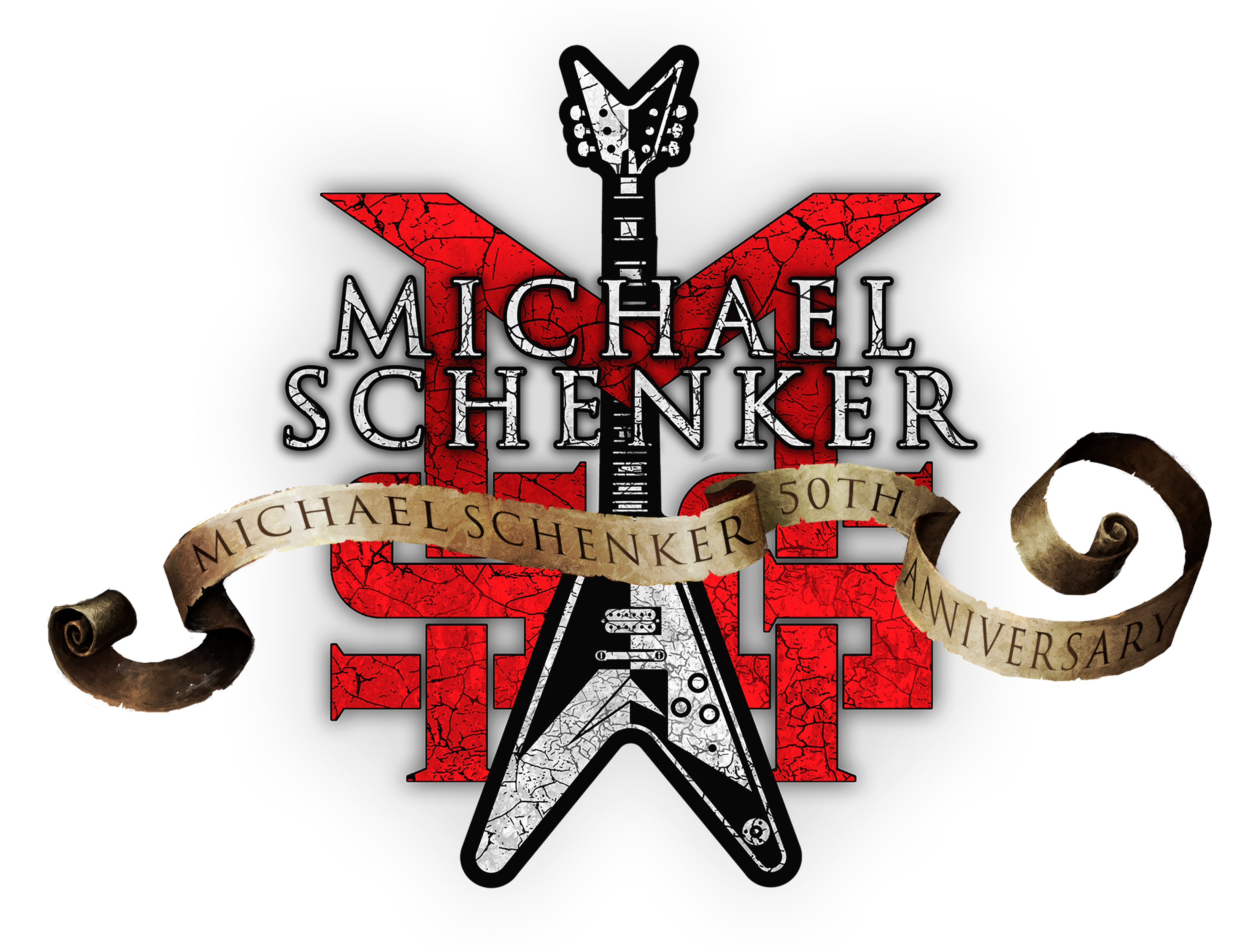 MSG announce new studio album “Universal”, to be released on May, 27th!

There are few rock guitarists on this planet who have had such a lasting influence on so many renowned musicians as Michael Schenker. With his outstandingly fluid style, inexhaustible wealth of ideas and instinctive feel for hooks and melodies, Michael Schenker is a living legend who, despite his longstanding and distinguished history, still impresses with his unflagging energy and drive. The blond stringsman from Sarstedt (Germany) began his international career in the early 1970s with the Scorpions, achieved worldwide fame after joining British rock group U.F.O. and then seamlessly continued his exceptional global success story under his own name, as well as with acts such as Michael Schenker Group (MSG for short), Temple Of Rock and Michael Schenker Fest. Schenker and his career, which has spanned more than fifty years, are absolute exceptions in the otherwise short-lived music industry.

Now his latest MSG album is about to be unleashed, scheduled for release on Atomic Fire Records on 27 May 2022 under the programmatic moniker of “Universal”. His latest offering will feature all the strengths of this exceptional musician: first-rate songs with anthemic melodies, catchy guitar riffs and inspiring solos. As we have come to expect from him, Schenker has once again enlisted a number of prestigious fellow musicians for the recording of his new studio production, among them, as main vocalist, Ronnie Romero (Rainbow, Vandenberg), who will also be MSG’s frontman on their upcoming tour, Michael Kiske (Helloween) and Ralf Scheepers (Primal Fear), keyboard player Steve Mann (Lionheart), drummers Simon Phillips (Toto, The Who), Brian Tichy (Whitesnake, Foreigner), Bobby Rondinelli (Rainbow) and Bodo Schopf (Eloy), as well as legendary bassists Bob Daisley (Black Sabbath), Barry Sparks (Malmsteen, Dokken) and Barend Courbois (Blind Guardian, Zakk Wylde), with Tony Carey as a very special guest. But more about that later.

First, let’s talk about the basic parameters of the new recording: Like its predecessor “Immortal” (2021) and the Michael Schenker Fest albums “Resurrection” (2018) and “Revelation” (2019), “Universal” was produced by Michael Schenker and Michael Voss (Lessmann/Voss, Mad Max) at Voss’s Kidroom Studio, which has become something of a creative home-away-from-home for Schenker. “Michael Voss is happy to wait until I have worked out an idea and takes the time to really get to know the song, simultaneously developing ideas for the vocals,” Schenker describes the fruitful collaboration which has one cog intermesh with the other. “Then we work out the drums, bass and some keyboard parts together. He always has plenty of great ideas up his sleeve.” Compositional highlights abound on “Universal”, from the haunting opener ‘Emergency’ and the subsequent ‘Under Attack’ with its casually driving groove to ‘The Universe’, featuring an atmospheric duet by Ronnie Romero and Gary Barden, ‘Wrecking Ball’, performed as brilliantly as ever by Ralf Scheepers, and ‘London Calling’ with its homage to the British capital’s musical spirit.

The rock anthem ‘A King Has Gone’ and its intro ‘Calling Baal’ both have a special significance: The track, sung by Helloween frontman Michael Kiske, is a tribute to the immortal Ronnie James Dio, in particular to his performance on the 1976 hard rock classic Rainbow Rising. For this reason, Schenker has brought together an original Rainbow rhythm section consisting of Bobby Rondinelli and Bob Daisley, additionally enlisting keyboardist Tony Carey, who also played on Rainbow Rising, for a terrific Moog synth intro – a direct reference to the iconic intro of the 1976 album opener ‘Tarot Woman’. The impressive result ‘Calling Baal’/‘A King Has Gone’ is already considered to be one of the most important and successful songs in Schenker’s career to date, both musically and lyrically.

In line with all these highlights, the spectacular album cover designed by Zsofia Dankova (Powerwolf, among others) features Schenker in a futuristic spaceship, floating high up in orbit. The artwork is based on the guitarist’s own visions: “I had the original idea for the album cover a few years ago, but only now does it seem to fit perfectly. So I sent some older sketches to my label Atomic Fire Records, and based on this the final artwork and album title were created.”

No doubt about it: The title, artwork and new songs suit MSG as perfectly as his characteristic Flying V suits Michael Schenker! 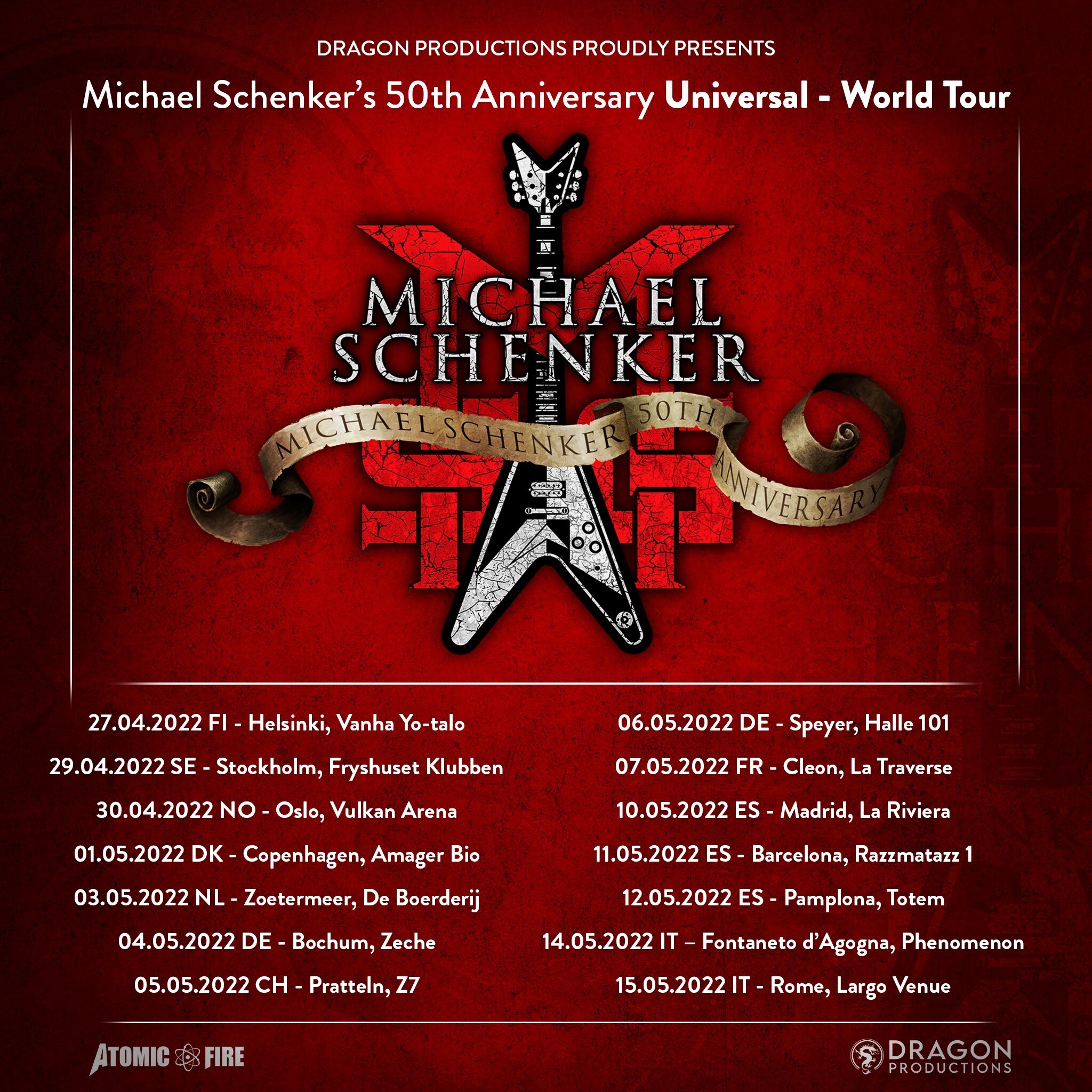