‘The Abysmal Eye’ is the first taster single of Swedish extreme tech-metal pioneers Meshuggah! The song is taken from their upcoming ninth studio manifest, “Immutable”, released worldwide via Atomic Fire on April 1st, 2022!

Recorded in Sweden’s “Sweetspot Studios”, their ninth full-length album “Immutable” is the follow-up to their highly acclaimed and Grammy-nominated album, “The Violent Sleep Of Reason”. This band blow minds for a living, and “Immutable” is their most explosive work of monstrous art yet. 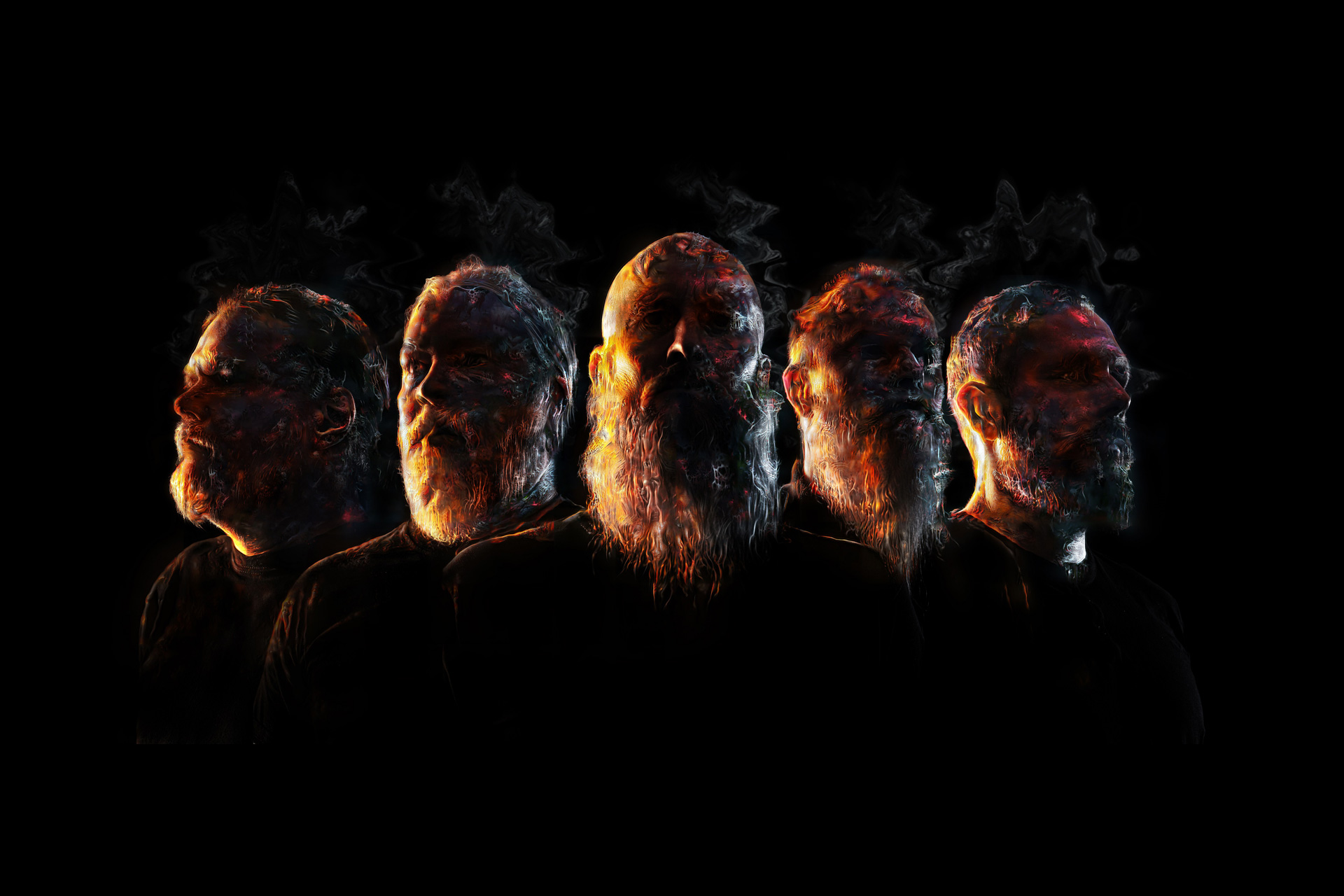 2022 brings the release of the Swedish icons’ ninth and most fearlessly creative studio album yet. Full of surprises and yet instantly recognisable as the work of metal’s most idiosyncratic force, “Immutable” redefines and redesigns the Meshuggah sound, across more than an hour of the most stimulating and absorbing music the band have ever made. Despite the challenges of the last couple of years, the progressive principles that have always informed their artistic efforts remain as cherished as ever. As we spiral towards a dystopian future, Meshuggah still stand alone.

For guitarist Mårten Hagström, the task of embarking on another unprecedented tech-metal odyssey was impossible to resist. “For us, it wasn’t all that clear that we were making a new album. We knew we could do it, but did we want to do it?,” he says. “We had to decide, are we doing this or what else are we doing? After a long, long discussion, we agreed on certain things. We would make an album with as few restraints as possible. We would go in and try to make as cool an album as possible, have no anxiety about it and see it as an opportunity. How do we make this a challenge that we feel like accepting and rising up to? Pretty quickly we had a starting point. Everybody started to write, the ball started rolling and suddenly we were sitting there, discussing how many songs we were going to have to cut!”

For guitarist Mårten Hagström, the task of embarking on another unprecedented tech-metal odyssey was impossible to resist.

Shattering even the highest of expectations, the band’s ninth album is simply their wildest and most esoteric sonic adventure yet. Recorded at Sweetspot Studios in Halmstad (Sweden), mixed by Rickard Bengtsson & Staffan Karlsson and mastered by multiple Grammy award winner Vlado Meller (Metallica, Rage Against The Machine, Red Hot Chili Peppers, System Of A Down). Visionary artist Luminokaya once again created the stunning cover artwork.

Meshuggah are still operating on a higher level of metallic consciousness than just about everybody else. Since forming in 1987, the Swedish sound architects known as Meshuggah developed into one of the most technically complex and virtuosic group of players the metal realm has ever encountered, their distinctly unique brand of progressive groove-infused death metal inadvertently launching an entirely new subgenre.

The most inventive and creative metal band of the last 30 years and one of the most widely revered, Meshuggah, have been standard-bearers for forward-thinking creativity in heavy music throughout their illustrious careers. Over the course of more than 30 years and eight studio albums, Sweden’s widely worshipped progressive mavens have consistently redefined what it means to be heavy while exhibiting a ferocious intelligence that belies the crushing weight of their riffs. From the ground-breaking savagery of 1995’s “Destroy Erase Improve”, to the psychedelic tech-splorations of “CatchyThirtyThree”, and on to the streamlined grotesquery of “ObZen” and “Koloss”, Meshuggah have always been way ahead of the game and plainly without peer.

Ultimately, stay on top of the Meshuggah updates by signing up for email news, receive more information about Meshuggah‘s upcoming album “Immutable” and tours along with exclusive offers https://immutable.se

“Immutable is the next evolutionary milestone…” – ROCK HARD

“Thirty years on the throne and counting, Meshuggah can still ignite surprise after devastating surprise from within this beast of a genre. Between its brutally minimal grooves, bright cinematic vistas, slippery rhythmic sideswipes, disgusting bass bludgeoning, classic Thordendal solos, and overall darker sonic presentation, “Immutable” pioneers new territory for the band as much as it lays claim to everything that made them great for the past nine records.”  – Decibel

“On “Immutable”, Meshuggah’s mission remains unchanged: to tunnel into the future, leaving metal’s tired tropes in the dust. Polished to an obsidian sheen, they have crafted a widescreen journey of stripped-back bludgeon, contorted rhythms, and dynamic surprises. It confirms them, yet again, as one of the most important heavy bands in the world.” – Knotfest.com

“…an epic and majestic monument…” – EMP 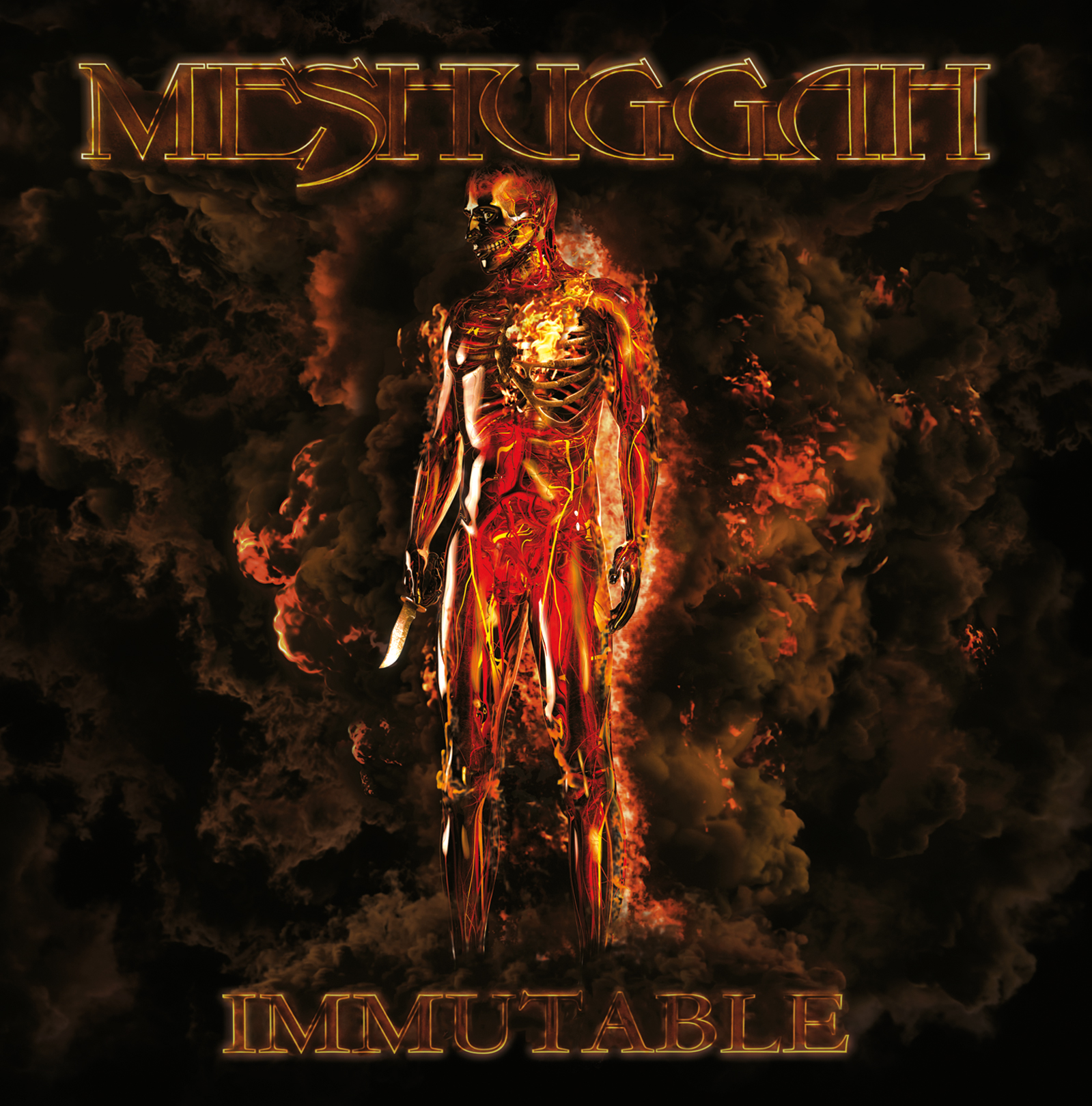